Okyeame Kwame has managed to remain relevant in the music industry for close to two decades.

2016 was particularly one of the best periods in his career – achieving a number of firsts including being named International Cultural Ambassador of Cincinnati, United States of America.

Below are major achievements of Kwame in 2016. 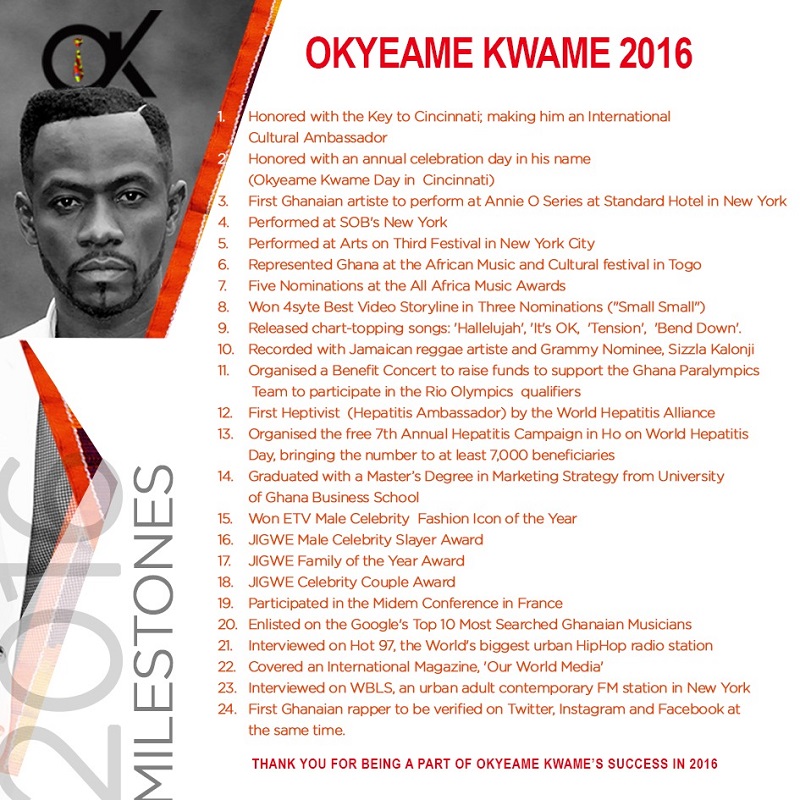