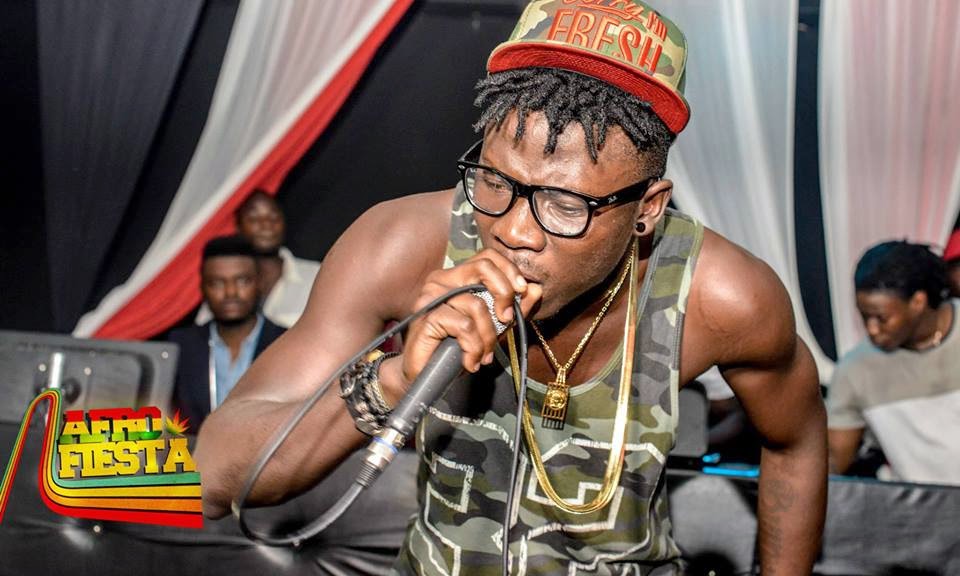 Ghanaian dancehall artiste, Etse Satekla, commonly known as Stonebwoy, has taken a swipe at organisers of the 4Syte Music Awards – accusing them of unfairness.

4Syte announced the nominees for the 2014 MTN 4SyteTV Music Video Awards in a short ceremony at the Oak Plaza Hotel in Accra, Saturday 11.
Top of the list were Sarkodie with 9 nominatons, Edem -7, Fuse ODG -7, EL- 7 and Becca with 6.
Songs featuring missing musician, Castro were also nominated in three categories.

According to him, he should have been in the ‎’BestMaleVideo‬’ and ‘‎BestStoryLine’‬ with his hit track ‎’Not Again’.
below is what he wrote on facebook….

Listen I think I DESERVE to have been nominated for ‪#‎BestMaleVideo‬, ‪#‎BestStoryLine‬ with ‪#‎NOTAGAIN‬ at this year’s ‪#‎4SYTEMUSICVIDEO‬ AWARDS @official4SYTETV .. is it because the director wasn’t part of the selection process ?

Being Nominated For a category Well deserved,

Is worth way much more than the award To Me.. because the winning process can always be manipulated..

This is not the first of its kind when it comes to Awards.. My Fans and I have worked hard e…nough so to make it speak for us instead of following the “band wagon method” to be noticed.. ghana knows what I mean.. ‪#‎BHiMnation‬ ‪#‎CyaanCooL‬ ‪#‎StillDeFDemAndLefDem‬

The 4syte Music Video Awards is scheduled for Saturday November 15 at the Accra International Conference Center.