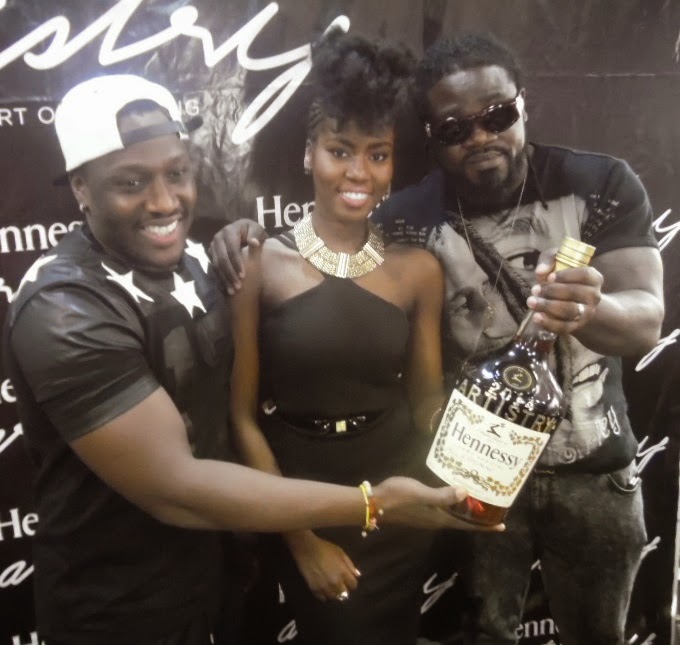 The 2014 edition of Hennessy Artistry concert was launched on Friday, September 19 on Starr FM’s Starr Drive with Bola Ray.

This year’s campaign for the Hennessy Artistry, the music platform known for its art of blending, will see 2Face Idibia and Wizkid, as the 2014 edition’s headliners.

They will be joined by multi-talented artistes from Ghana such as 4×4, Edem, MzVee, and Mafikizolo from South Africa to rock the stage. The concert comes off on Saturday, October 18 at the Accra International Conference Center.

Speaking to the media, organizers said that, “the people of Ghana deserve to be thrilled by the best; they need collaborations between multi-talented artistes, so the choice of bringing all these super-duper artistes from Africa and three top-notch DJs on one night is to keep their promise of presenting the best.

Like the Master Blender who combines eaux-de-vie to produce an excellent blend of Hennessy, the Hennessy Artistry movement blends passion, music, and cognac to bring together a fusion of dramatically different artists from complementary musical genres.”

Tickets for are going out for a COOL Ghs 200 (VVIP), Ghs 120 (VIP), Ghs 60 (Regular), but the brand will be bringing musical adventures to selected clubs in Accra for customers to win tickets to the event slated for October 18 at the Accra International Conference Center.

Those parties come off on September 26 at the One2One Lounge in the Movenpick Ambassadors Hotel, October 3 at the Hollywood Boulevard and October 10 at Shisha Lounge.

The launch had some of Ghana’s celebrities in persons of 4×4, MzVee, Bola Ray, Nii Ayi Tagoe, DJ Perfekt, representatives from Hennessy and the media as well.

This year’s Artistry represents a blend of the matured, premium lifestyle, the young and vibrant lifestyle. It is proudly put together by Hennessy, Empire Entertainment and Starr FM.