Home / Entertainment / A.C Milan to part ways with Michael Essien…Olympiacos the next Destination??
Let people Know about this
66
SHARES
FacebookTwitterSubscribe 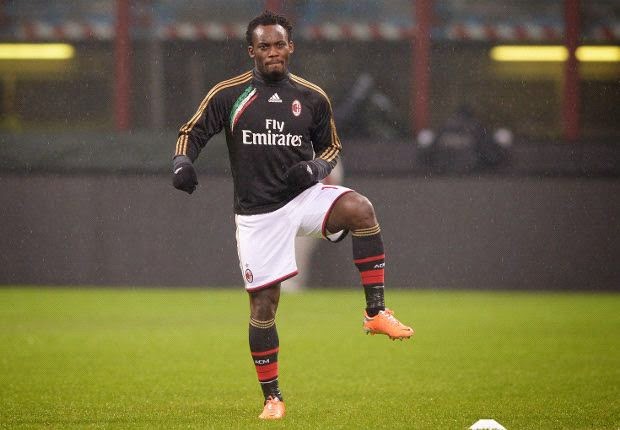 AC Milan are to sell Ghana international Michael Essien for a fee of €4 million in order to buy Blerim Dzemaili from arch-rivals Napoli.The Rossoneri are looking for reinforcements and have pinpointed the 28-year-old Swiss international as the ideal candidate to freshen up the midfield department after Essien failed to live up to expectation.Tuttosport reports that with Dzemaili’s contract due to expire next
year, Napoli president Aurelio De Laurentiis is happy to accept a discounted fee somewhere between the range of €3.5-4 million. Milan are ready to fund the deal by selling the former Chelsea star this summer. Dzemaili played in the ongoing World Cup in Brazil where he scored once in two substitute appearances.Olympiakos, Trabzonspor and clubs in UAE and Qatar have all expressed interest in signing Essien.