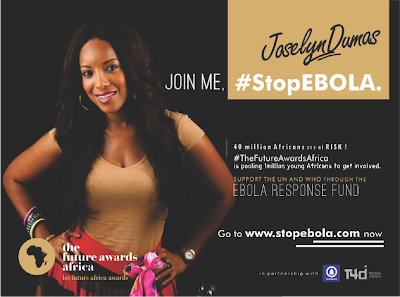 The Future Awards Africa (TFAA) has announced the leading influencers  for its global campaign to pool 1 million young Africans to act against Ebola in Liberia, Sierra Leone and Guinea, and it includes Ghanaian actress and TV star, Joselyn Dumas.

The #StopEbola campaign will get young Africans to support the World Health Organization by donating social media updates and a minimum of $25 between now and the awards date via the portal www.stopebola.com.

The funds go directly to the United Nations Ebola Response Fund. The Future Awards Africa holds on Sunday, 7 December 2014 at the Intercontinental Hotels in Lagos, Nigeria. 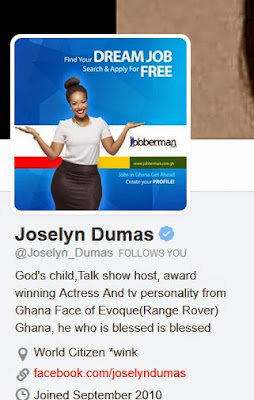 Meanwhile, Joselyn who has also been  leading a campaign against Cholera in Ghana, has been verified by micro-blogging giants, Twitter. Looks like all the buzz she has been enjoying both on the showbiz and humanitarian fronts have not gone unnoticed. Congrats!!!