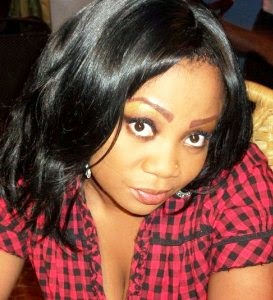 According to Razz  Newspaper,Ghanaian actress, Vicky Zugah missed out on an opportunity to grab continental stardom last weekend when the Big Brother Africa audition train landed in Ghana. The actress was spotted as one of the over 200 aspiring housemates who turned out for the auditions at the Holiday Inn in Accra Unfortunately, Vicky  could not make it to the next stage of the auditions.

When Razz Newspaper caught up with the actress after the announcement of herdisqualification, she looked upbeat and tried to conceal her disappointment. She claimed that, there’s nothing wrong with celebrities participating in Big Brother auditions.

According to her, the Big Brother Africa platform and its benefits are huge, and considering the credibility of the program, she sees no reason why any celebrity should not be involved in it. Asked if she would try again next year, she responded: “If God gives me life next year and I’m not too busy, I will surely come back and audition.”
Speaking about her disqualification, Vicky claimed that she was told after her introduction to the panel that – she doesn’t fit in this year’s theme for the reality show. However, the likes of Selma Mumuni, Bibbie Bright, Leo Mensah and Vicky Zugah’s boyfriend managed to make it to the second round. In a chat with the PRO of MultiChoice Ghana, Mr. Ato Abbassah, he said that the responses this year have been positive and looking at the class of people coming to the audition, he’s impressed.