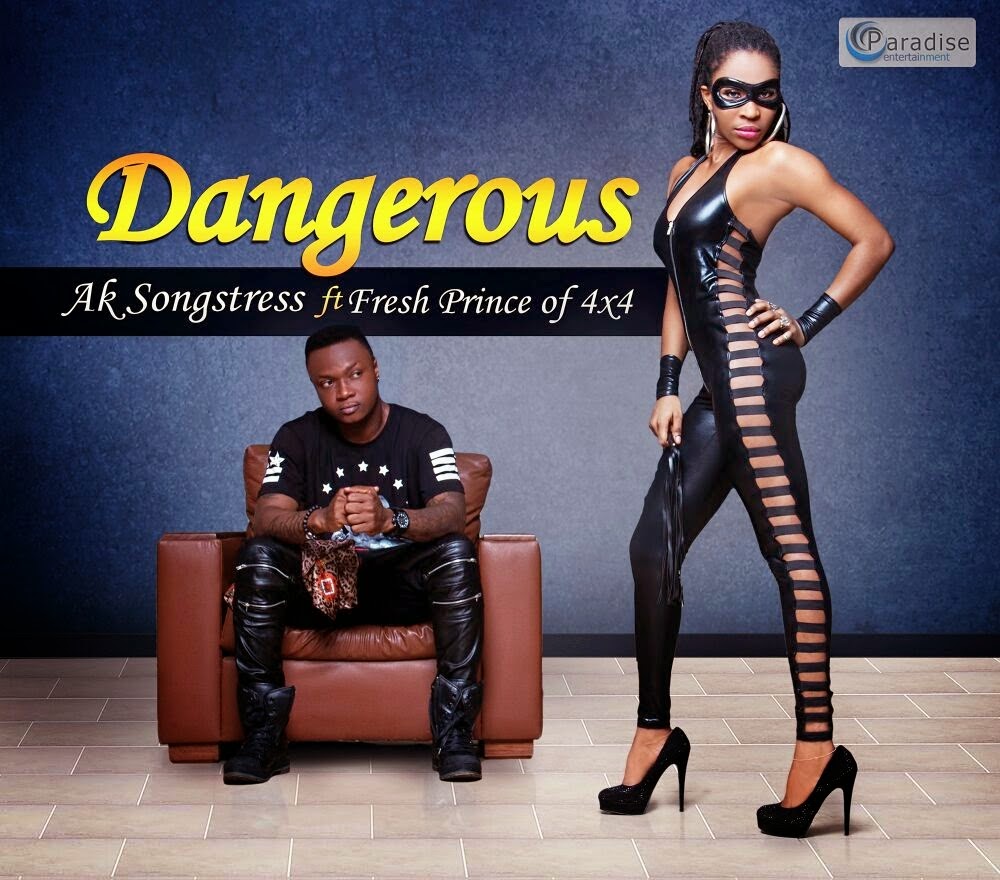 As we bolt down our good furniture for the explosive over her spectacular and energetic performance at the Ghana Meets Naija just some few nights back, AK has revealed plans for a new single featuring 4×4.

AK Songstress has announced the official release date of her new single, ‘Dangerous’, which will arrive on radio and streets in the coming days, precisely Saturday, 31st May. 2014.

The danceable tune (lifted from the forthcoming album) and features award winning group 4×4, showcases a versatile, more reflective side to the Dancehall Queen’s personality. The song was co-written by AK and Fresh Prince and produced by Danny Beat.

Both AK and Fresh Prince are hopeful of sharing the news and cover art for the new single with their fans via Twitter and Instagram this week. Describing the single, AK said: “It sounds like its title, Dangerous. It a banger. It going to get the whole country dancing.

Although Paradise Entertainment has not given AK’s forthcoming album a release date, management assures that the studio album will be a blast and worth waiting for the right time.