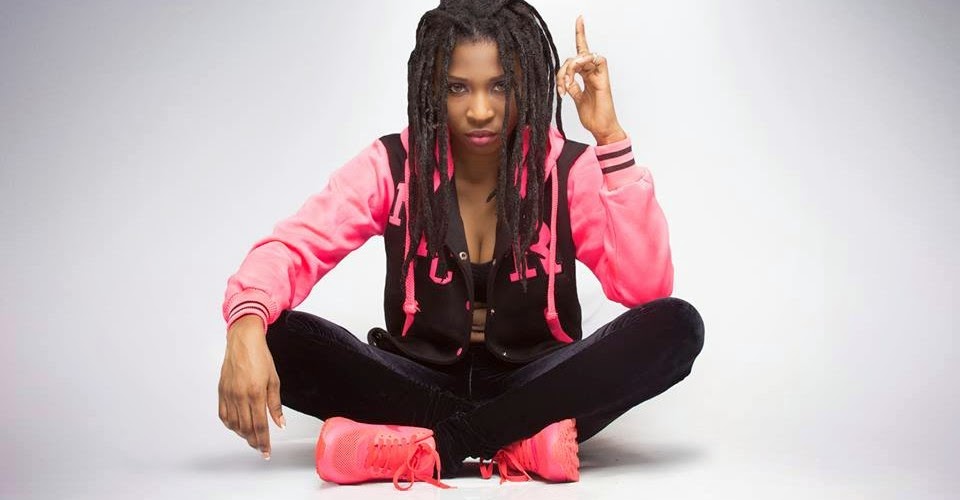 She hit the limelight with a loud bang when she thrilled patrons with her energetic performance at the 4syte Nominees Jam in Kumasi earlier this year.

And after that AK Songstress never missed any opportunity to tell anyone who would listen that she is the dancehall queen of Ghana and a force to reckon with.

She made it clear she has joined the music league and was ready to bring on board nonstop music and performances. She even composed a song Pace Setter to buttress her stance.
She remained relevant for a while but just as she suddenly appeared on the music scene, it looks like AK Songstress has suddenly vanished. Not much has been heard of her for close to five months.

Talking to Showbiz last Thursday, AK Songstress admitted that she has been missing in action for close to five months but quickly debunked the assertion that her ‘hibenation’ is because she couldn’t handle the competition.

“No that is not it at all. Yes I have been quiet for some time now but it is not because I couldn’t handle the competition. I have not lost my musical prowess; I am still in the game. I am not scared, and I’m still the dancehall queen. I have been quiet because I am working behind the scenes-travelling and researching. I also had a change of manager and was recording as well.

“You know in Ghana people make noise about so many things and if you don’t make noise, it is perceived that, you are out of the game which I think is wrong. The fact that I don’t make noise or people do not see me performing on stage doesn’t mean I am out,” she noted.

“Yes I know my absence gave certain people the chance to make noise about themselves and due to that my fans and people think that I am no more in the game. If they were not hearing of me, it’s because I was working on songs which will soon hit the airwaves,” she said.

“I travelled to Jamaica to do collaboration with Sizzla Kalonji who is the dancehall king over there. I came just about a week ago and it’s funny the noise I have heard some people are making. They just took advantage of my absence to get famous. I just want them to know that I am back to take my position,   I am back to take my throne,” she continued.

AK Songstress who sees no competition in her field of endeavour said, “There is no competition; in fact I don’t see any competition, the only female I see in the dancehall fraternity is myself. The others are just noise makers. My fans out there, know how I do it when I get the microphone. When I get on stage and I start to sing, nobody comes near so I see no competition,” she stated.

To her fans she said; “I want them to know that, I am still AK the dancehall queen. They should not give up on me. I know they have missed me but pretty soon, they will have a feel of the works I did while I laid low.”

In an answer to what she thinks qualifies her to be the queen of dancehall as she has not won any awards yet, she said; “awards do not make one a dancehall queen. This is because, everybody can get an award but dancehall has to do with content, achievement and energy, which to me I posses.
AK Songstress who is now being managed by Shatta Wale’s former manager Mr. Logic is currently promoting her latest singles Ghetto Cry featuring Sizzla Kalonji and Bully Boy which she released two weeks ago.