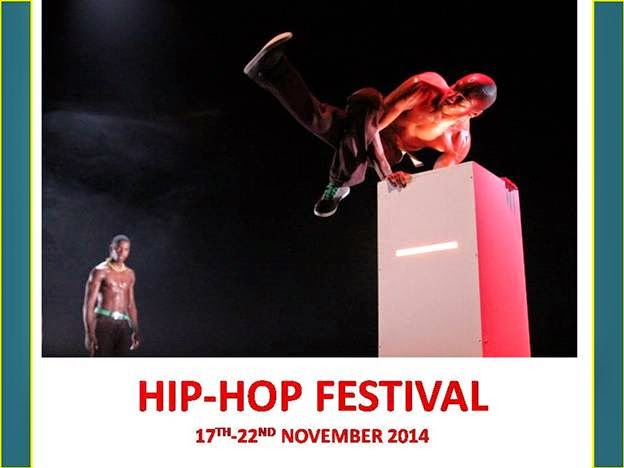 Accra is to experience an exciting week with the Hip-Hop Festival organized by Alliance Française Accra from 17th-22nd November 2014.

The event will be climaxed with the BBnZ live show headlining Kojo Cue, Joey B, Pappy Kojo, and Gemini alongside other great rap artistes in the Ghanaian music industry.

The Hip-Hop Festival celebrates the history and future of Hip-Hop in all its forms with a carefully planned series of events such as live shows, graffiti workshops, dance workshops and more, making up the ‘4 elements’ of Hip-Hop which are DJing, MCing, break dancing and Graffiti.

What’s The Aim? The aim of the festival is to bring together as many people as possible together to celebrate and appreciate Hip-Hop culture. Appealing to established Hip-Hop fans and music lovers, we will show the huge influence of Hip-Hop through our schedule of cultural events.

Events are open to everyone — the community, students, novices and hip-hop experts,
What are the events?

Graffiti workshop with Marko93, Monday 17th to Friday 21th November at Alliance Française Accra Marko93 is considered one of the most talented artistes of his generation. This urban graffiter progressed in tag and graffiti while prospecting in several related disciplines.

In 1994 he invented the ‘calligraphism’ (mixture of Arabic calligraphy & graffiti), and developed the light-painting in 1999 (graffiti in 3D thanks to a system of portable lamps). His many travels around the world have fed his

Alliance Française Accra French up your life!
inspiration and techniques, a wonderful experience he intends to share with Hip-Hop music lovers. Marko93 will paint the next temporary mural at Alliance Française!

Dance workshop by Hurlant Corps on Wednesday 19th to Friday 21st November at Alliance Française Accra  David Milome created the company « Hurlant Corps » in 1996 to promote hip-hop dance in Martinique. From 2000 he has performed numerous shows whose success crossed the border of Caribbean to Africa as well as Europe.

Two dancers of the company (David Milome and Kévin Marie-Jeanne) will offer an exceptional workshop on hip-hop dance (lockin’, break, poppin’) training in basic technical skills of dance with emphasis on body awareness, placement, flexibility and some improvisation.

Dance performance by Hurlant Corps on Friday 21st November – 8 pm at Alliance Française Accra  In a choreographer’s mind, the world of emotions is defined by body language.

It is important to observe different styles of hip-hop, each with its energy to complement and help promote the message to get across. This dance analyzes the behavior of man who likes to appear strong despite inner suffering that eats away his very soul.

In permanent imbalance, the two Caribbean performers use an inner strength to guide dance in front of a system that does not fail and sometimes seems intransigent.