Home / Entertainment / Another Break Up?? Nicki Minaj’s Boyfriend Removes Tattoos of Her…
Let people Know about this
60
SHARES
FacebookTwitterSubscribe 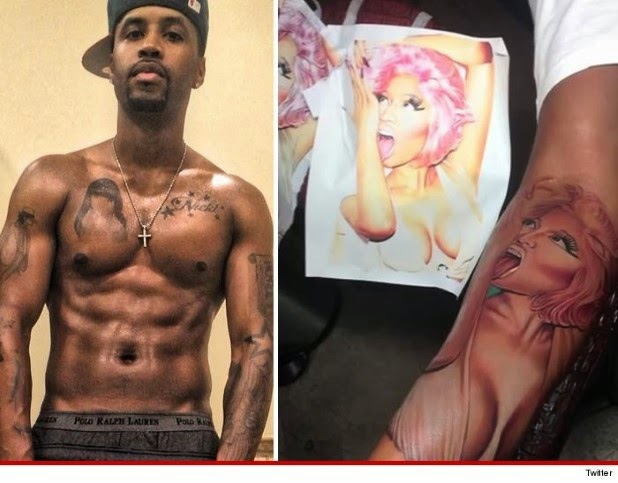 First of all we do not get the obsession with tattooing the names of partners on your body as if that is the only way to show someone that you love her or him. Few weeks ago, Nick Cannon was in the news for removing the large Mariah Carey tattoo he had plastered on his back, just after their breakup…
And now, one of these two things must be happening with Nicki Minaj’s boyfriend- Safaree Samuels who was spotted shirtless by TMZ, and interestingly, he had covered two of the Nicki MInaj’s tattoo he had on his body with new tats.
The two things are, he may have realized it is dumb to have those tattoos of Nicki Minaj on his body like some slave or the two love birds have broken up—and we think the latter is more plausible. Whatever it is; dude is cleaning Nicki Minaj off his body… 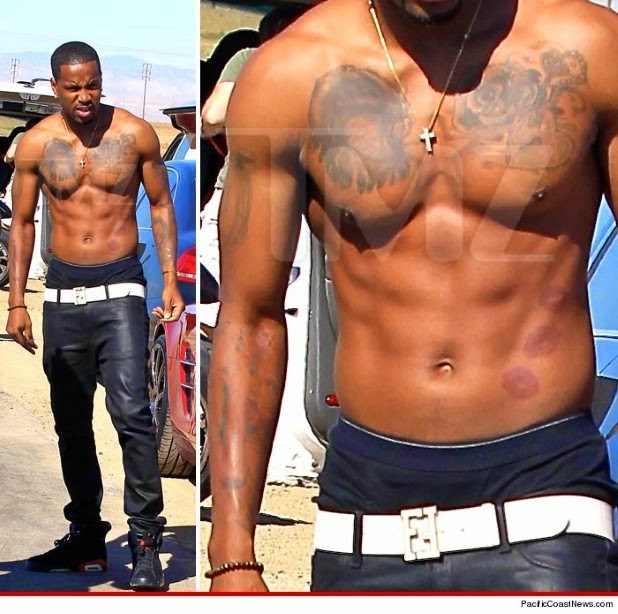