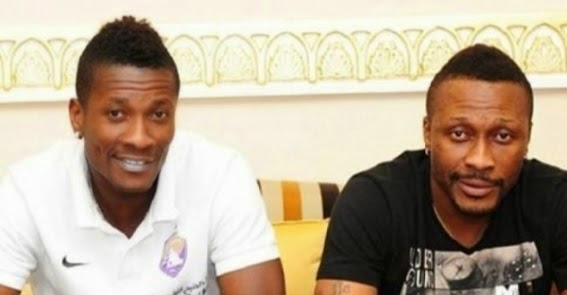 Castro and a lady friend, Janet Bandu, went missing while on a holiday hangout with Family and Friends of Gyan at a resort in Ada in July.

Efforts are still underway to find the missing duo.
However, there are calls on social media for the Stars skipper to be held responsible for the disappearance of his friend.

But in an official response to the accusations, lawyer for the Gyan Family, Kissi Adjabeng, told journalists at a press conference in Accra on Wednesday, that the artist suffered the fate because he refused to wear a life jacket as cautioned by the hotel authorities.

“Castro and Janet did not have their life jackets on. Castro ignored cautions for the lady to put on a life jacket and sped off with the jet ski.

We are not blamable for their disappearance. In fact Castro and Asamoah were just about releasing their next single when the incident occurred “Adjabeng stated.

On the attack on Daily Graphic’s Daniel Kenu by Baffour Gyan- senior brother of Asamoah- the family lawyer said the incident is regrettable.
Source: Ghana/StarrFMonline.com