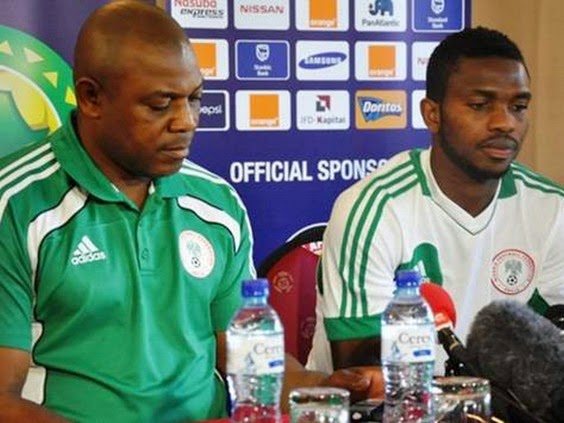 Following Nigeria’s exit at the 2014 FIFA World Cup after a 2-0 loss to France, Super Eagles captain Joseph Yobo has called time on his international career.
The 33-year-old became the first Nigerian to play 100 international matches but his day ended on a sour note with an own goal in added time against Les Bleus.
“It was a bittersweet moment for me but I think it is time to focus on my family,” Yobo told reporters. “It has been a long road.”
Yobo made his debut with the Super Eagles in 2001 but

became a mainstay of the team during the 2002 World Cup in Japan and South Korea.

Coach Stephen Keshi has also resigned from his position as the team’s head coach.
“I have to go back to my family and face fresh challenges,” Keshi said to reporters.
It is rumored Keshi is going to take up the coaching job of the Bafana Bafana of South Africa.
Goalkeeper Vincent Enyeama could also be on his way out, as he told reporter Colin Udoh,  “this could be my last game.”