For some time now, former manager of self acclaimed dancehal King, Shatta Wale, Bulldog has been in the news for publicly declaring his support for the ruling government New Democratic Congress (NDC).

In the latest development Bulldog who is also an artist posted a cartooned picture of the flag bearer of the opposition party , New Patriotic Party, Nana akuffo Addo on his facebook page.

The picture sees a cut on the right side of Nana’s head and his eye glasses turned upside down.

Per the caption, it can be said that the work was done by Bulldog 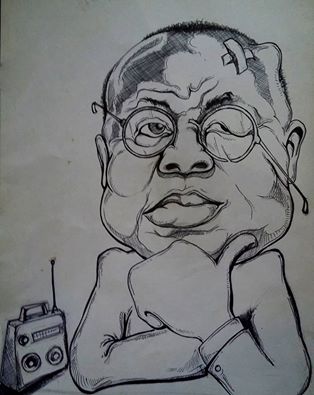 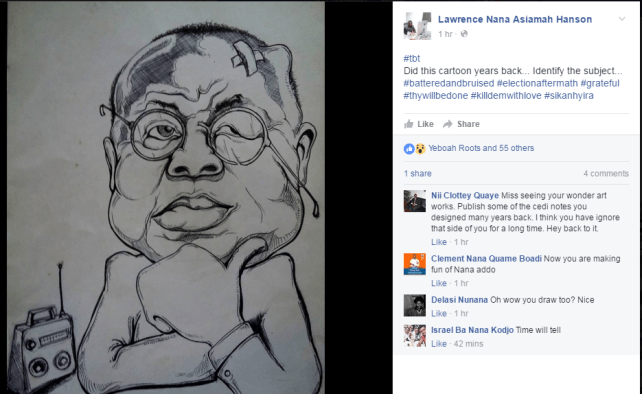