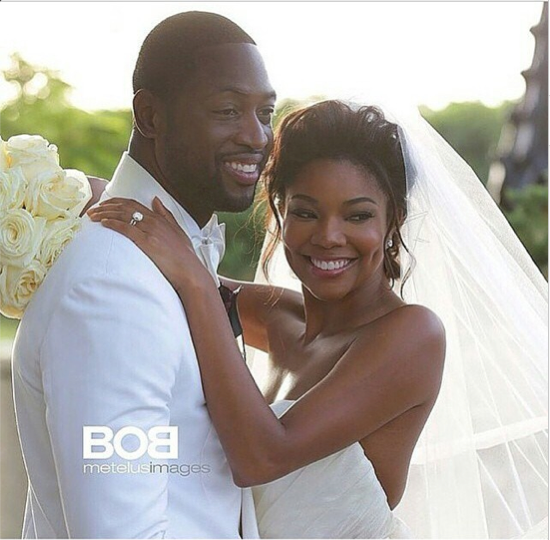 The bride wore white, the groom wore white, and the female guests were asked to wear white formal attire while the men were requested to wear black tuxes.  But most importantly, the stunning first pic of the newly married couple Dwyane Wade & Gabrielle Union has surfaced.  All phones of wedding guests may have been confiscated, but that didn’t stop this pic from leaking out on Saturday evening. Gorgeous bride Gabrielle Union wore a gown created by Dennis Basso for Kleinfeld.
See rest of photos after the cut… 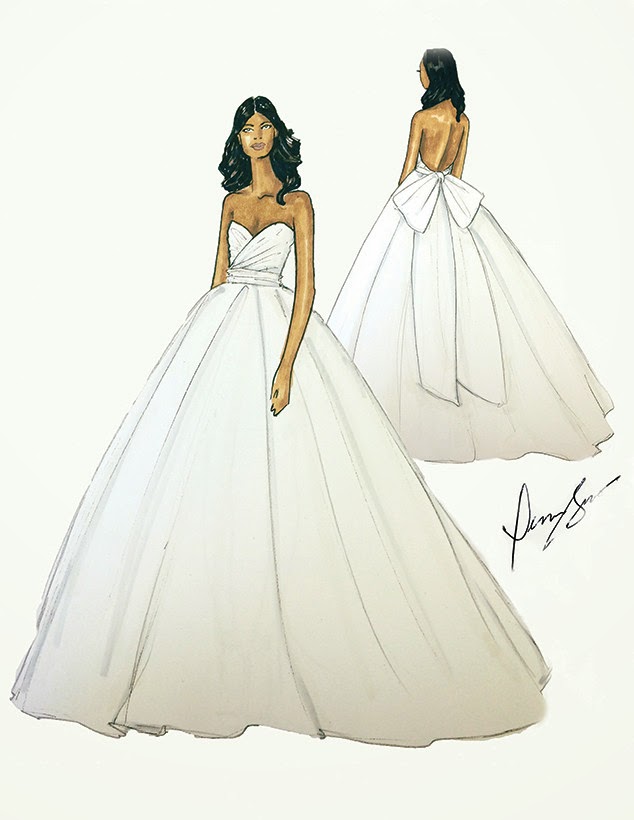 E-news obtained the sketch that gives the first full look at what the bride wore.  The strapless ball gown style dress was completed with an oversized bow along the back waistline to accent the backless cut.  Lovely. 32-Year-Old Miami Heat baller Dwyane Wade and 41-year-old “Being Mary Jane” & Think Like A Man Too star wed at Miami’s ‘cheteau Artisan’ Saturday evening.  And from the looks of things, it was a royal affair — complete with a moat to keep all random passersby away and 18,000 square feet of fabulousness. 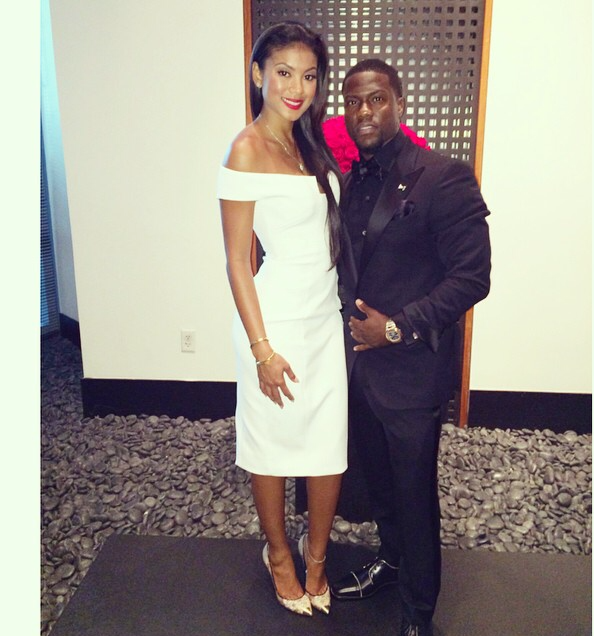 Before the guests reportedly headed to Fountainbleu to be whisked away to the “secret wedding location” that hasn’t been a secret since tis morning, They all snapped pics of their formal black and white looks for the #WadeUnion wedding.

Check out  few poeple on the guest list making their arrivals inside….
Since every guest had to sign a confidentiality agreement prior to the wedding, and had to agree to give up their phones during the wedding, pics from inside the actually ceremony may be hard to come by until the couple releases themselves.
But none of that stopped Gabrielle union & Dwyane Wade’s friends from snapping pics before their arrivals.  The couple requested all the ladies to wear white formal attire and all the men to wear black formal attire, so that’s what they got.
Gabby’s Think Like A Man Too co-star Kevin Hart posted a “sharp” pic with fiance Eniko Parrish.  Nice. 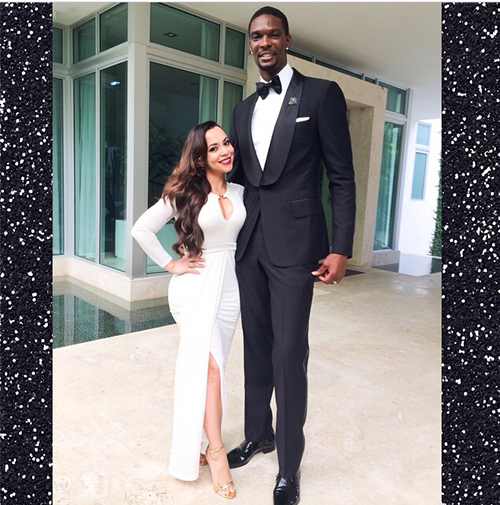 D-Wade’s teammate Chris Bosh towered over wife Adrienne in the pic.  But her dress looks fab. 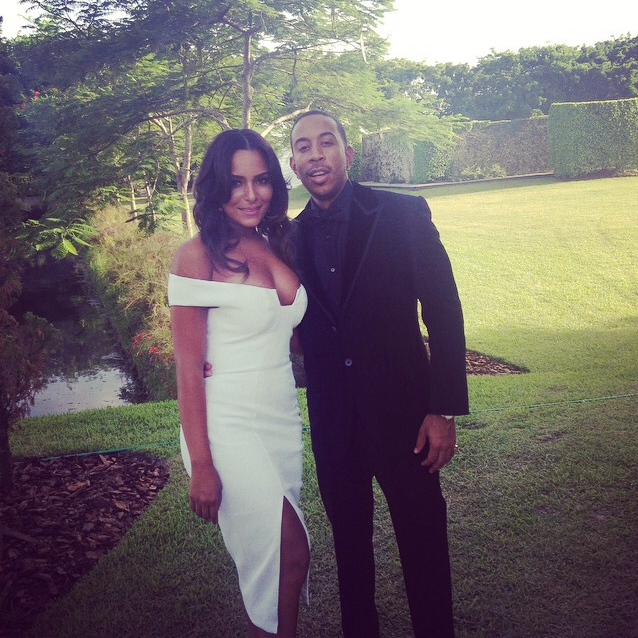 Ludacris and Eudoxiee made a super quick trip to the wedding after parting it up the night before and earlier Saturday in Atlanta for LudaDay weekend. 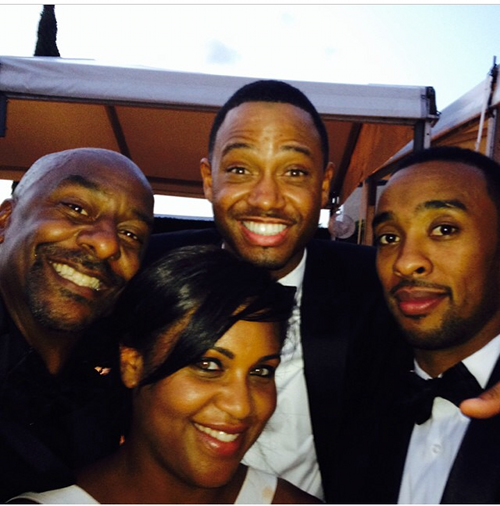 Gabby’s TLAM2 co-star Terrence J and his homie Fred Whit posed it up with BET Exec Stephen Hill before their phones got confiscated. 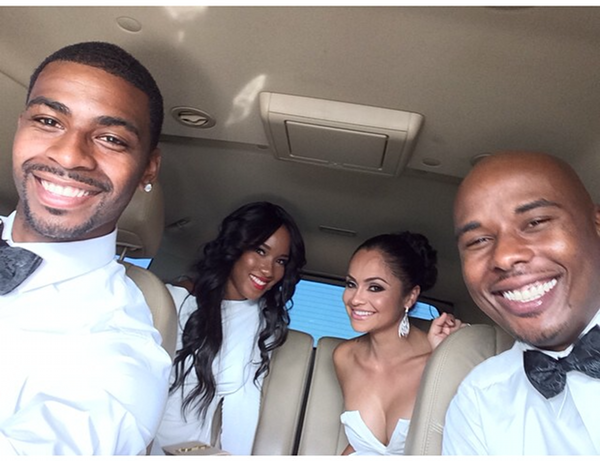 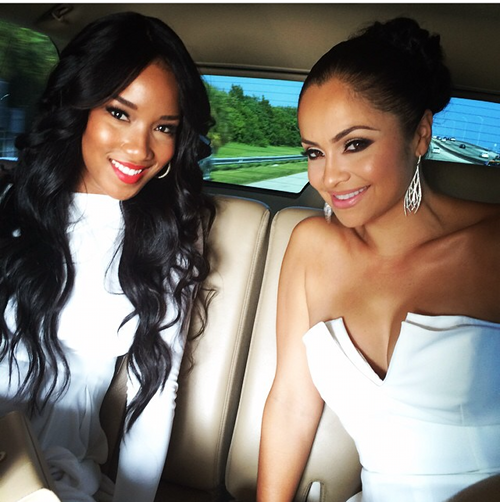 Ballers Dorrell Wright and Quentin Richardson, and their wives Mia and Miya, rode together and made it a double date. 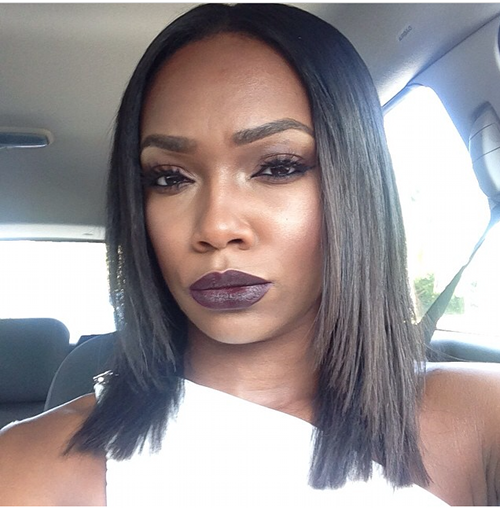 And D-Wade’s stylist Tamia Styles showed off her cute cut on the way to the big event.
As for details from the wedding, the folks over at Gossip Extra have a play by play of the set up and everything that went down at the wedding.  We’re not confirming anything ourselves, but take their report how you want to:

The bride and groom are scheduled to be flown down from Wade’s house on North Bay Road in Miami Beach by helicopter about two hours later, right on time for the 6:30 p.m. ceremony.
The exchange of vows will be performed on one of three islands on the property:
– The chairs for the well-wishers are “ghost chairs,” transparent so as not to detract from the castle in the background
– Each chair will have a set of opera glasses for more comfortable watching
–The ceremony was officiated by actress Essence Atkins,Union’s bestest BFF
– Guests will be provided with flip-flops and shoe covers to navigate the grass
At dinner, in a giant tent with a large chandelier in the middle:
– Four 72-inch TVs throughout the tent
– There are 18 tables of 10 to 12 people, 200 napkins with the lovebirds’ initials on them
– The chairs are custom-made and covered with black crocodile skin
– The special chairs for bride and groom look like thrones
– There’ll be a candles ceremony during dinner. The guests will be given a candle to light and will wish the newlyweds well. A choir will emerge and gather a group of guests in front of the house and walk down the driveway then pick up the group emerging from the dining tent.
Together, they all will enter a movie set-style juke joint as the choir will perform a last song on the main stage.
By the way, the main stage is 16 feet by 24 feet and will be covered in burlap and shielded with aged velvet curtains — with fringe. The front edge is lined with wooden fruit crates to create a stage skirt. The stage will have stained wood on the platform base and the sides will also be clad in wood. They will resemble large porches with lanterns and sconces. Aged pallet-style corrugated metal walls will be installed behind the two entrances on the stage.
Beside the stage, the juke joint also has themed bars, like the Battier Bar as in Shane Battier and a moonshine bar. Outside, there’s a specialty drink bar in a shack named The Voodoo Backwoods Shack.
Some signs that decorate the juke joint area: Bar Melo, as in Carmelo Anthony; Bosh’s Brewery for Chris Bosh and Ray’s Retirement Home after Ray Allen.
Another sign: Cleveland, this Way! Of course, that refers to LeBron’s return to the Cleveland Cavaliers.
For the late snacks, the juke joint will be set up with buffet with market style booths for waffles, cupcakes and cookies.
The food will be on a long wood palette suspended from the ceiling. When the time comes to serve, the palettes will lowered by electrical engines.