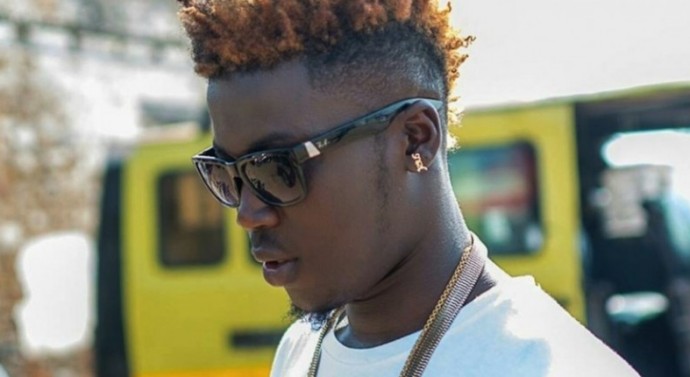 An Accra Circuit Court has issued a bench warrant for the arrest of ‘under fire’ Hiplife artiste Eugene Ashie popularly known as Wisa Greid.

The musician failed to turn up in court on Friday February 5, a development that forced the presiding Judge, Abena Agyin Doku to issue the order.

The court had set today Friday February 5, to watch a video to establish if indeed Wisa showed his manhood on stage while he performed to an audience last December.

FACTS OF THE CASE

Wisa Gried is standing trial for gross indecent exposure, a charge he has plead not guilty to.

He did probably the weirdest act by a Ghanaian performing artist when midway through his performance at the December 2 Remember concert last year, he pulled out his manhood on stage and thrusted it behind a lady dancer.

His lawyer Jerry Avenorgbor, has stated that the musician displayed a fake penis on stage while performing at the event. He argued that what the artiste did was for the “beauty of entertainment” but the public failed to appreciate that.

Wisa’s disgraceful act was greeted with public condemnation by a large section of the citizenry who were utterly shocked by his actions. He, as well as his management team immediately apologized to Ghanaians for his indecent behaviour.

The ‘Ekiki me’ hit singer was arrested by the police and questioned for showing his penis at the event, following which he was later granted bail.

Kasapa FM’s court correspondent, Daakyehene Ofosu Agyeman reported that when the case was called today Friday February 5, both Wisa and his lawyer were absent.

He said the Judge, Abena Agyin Doku who was obviously not happy with the situation ordered for the musician to be arrested and presented before the court.

Meanwhile, the case has been adjourned February 12