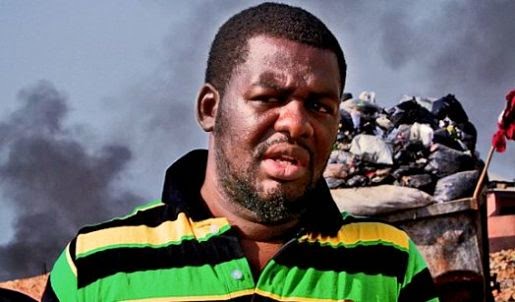 The Accra Central Magistrate Court presided over by Her Worship, Mavis Kwanioo has adjourned hearing of the case involving Chief Executive Officer(CEO) of Bull Haus entertainment, Lawrence Nana Esiama Hanson also known as Bulldog and the state to June 2, 2014.
The court however, remanded Bulldog in police custody.
State Prosecutor, Chief Inspector Senkyi told the court on Monday that Mr. Asiama Hanson on November 26, 2012, had a confrontation with Fennec [the deceased] during a programme at the Accra International Conference Centre dubbed “Night with the Stars”.
According to the Inspector, investigations showed Bulldog subsequently had a confrontation with the deceased, Fennec Okyere on an entertainment discussion programme on Peace FM.
“After the programme, Bulldog called Fennec and threatened to send his boys after him to teach him a lesson and to get rid of him,” the Chief Inspector told the court.
He went on to narrate that there were also a series of threatening voice calls and text messages from unknown persons believed to be agents of the suspect [ Bulldog].
According to Chief Inspector, police investigations also established that on March 12, 2014, Fennec received a call from an unknown caller.
The prosecution based on his narration prayed the court to remand the suspect to allow the police continue with their investigations.
But the lawyer for the defendant, Gary Nimako said the case against his client is not enough reason to keep him in police custody.
In March, 2014, Fennec Okyere was stabbed to death by some unknown assailants in his residence.
He was the manager of hip life musician, Kwaw Kesse.