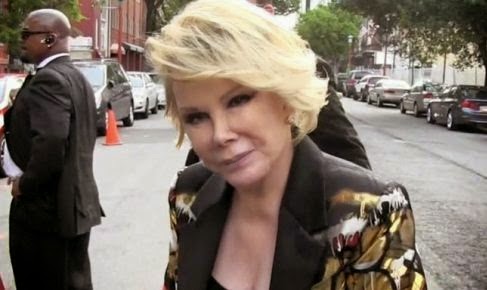 Comedian and E! Fashion Police star Joan Rivers was rushed to the hospital in New York City this afternoon after she stopped breathing during a surgery on her throat

Rivers, 81, was undergoing a throat procedure in a clinic when she stopped breathing. She was rushed to Mount Sinai hospital in New York where authorities said she’s in critical condition.

After her heart stopped beating during surgery, an emergency call was placed to 911 and the caller said, “We have somebody in either cardiac or respiratory arrest.”

TMZ said it’s not clear if doctors were able to restart her heart.

Hope she comes out of this. I always hoped she would live up to 100. She always seemed so strong, energetic and bubbly. According to E!, the legendary comedienne is in a medically induced coma at Mount Sinai hospital in New York.
Joan’s heart stopped beating shortly after a routine surgery on her throat began at a clinic in NYC and was quickly rushed to the hospital to be in close proximity to medical equipment, such as to get a full AED package in order to try and resuscitate using a defibrillator. Her daughter Melissa flew to New York from L.A last night and is said to be by her mother’s said.

“I want to thank everyone for the overwhelming love and support for my mother. She is resting comfortably and is with our family. We ask that you continue to keep her in your thoughts and prayers.” Melissa said in a statement…

Joan Rivers was in New York to promote her new book Diary of a Mad Woman when she went for surgery. She also filmed Fashion Police earlier this week appearing perfectly healthy. Prayers for Joan 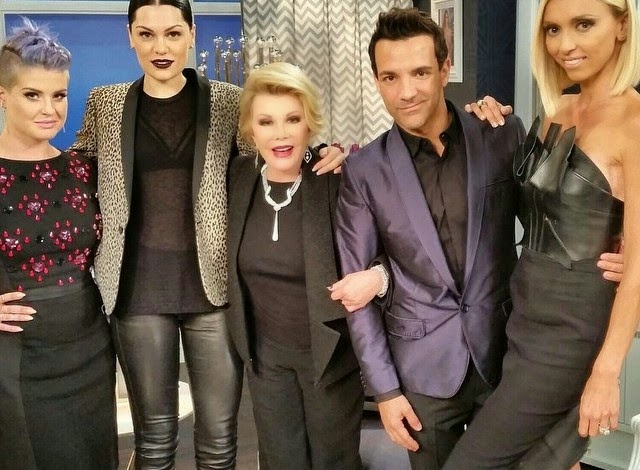