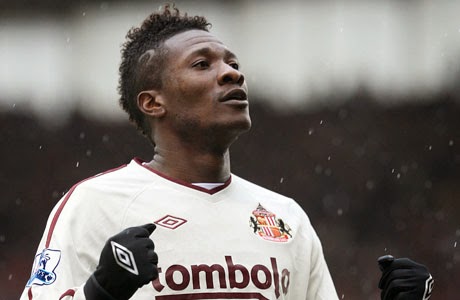 This is so silly but some of you might want to read it. Ghanaian star and former Sunderland striker Asamoah Gyan has been bizarrely accused of having a hand in the death of his friend, Ghanaian rapper Castro. Some people in Ghana are accusing Gyan of using Castro for human sacrifice ritual.

In July, Theophilus Tagoe, popularly known as Castro, went missing while on holiday with Gyan and other friends.

The musician was presumed to have drowned in a jet ski accident, but his body was never found which led to the allegations against the striker, with his family constantly being hounded by Ghanaian press.

The football star (pictured left) and his family have denied having a hand in what happened but the accusations are refusing to go away because of the lack of a body. 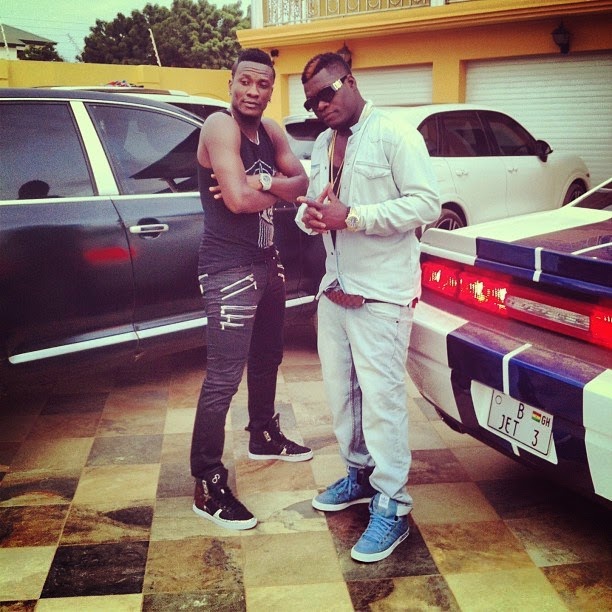 “The Gyan Family will hold a press conference on Wednesday to address recent issues of public interest including the disappearance of musical icon Theophilus Tagoe (aka Castro).”

“It will be recalled that Theophilus Tagoe (aka Castro) and Janet Bandu went missing while on a holiday hangout with Family and Friends of the Gyans at a resort in Ada back in July. Relentless efforts are still being made to find the missing duo.

“The opportunity will also be used to officially respond to some allegations and untruths bundled about in the media over the role of Asamoah Gyan in the duos disappearance,” the statement read.