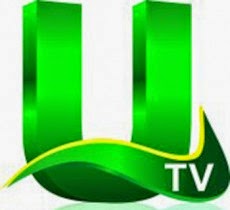 The most-viewed television station in the country at the moment, United Television (UTV) attracted nationwide interest via the showing of some popular telenovelas including the ever-famous ‘Maricruz’.

The station has for time now been promoting a new local series, ‘Abrabo,’ which is yet to start showing and features the likes of Kumawood stalwarts like Lil Win, Akrobeto, Kwaku Manu and a host of others.

In an interesting twist, ‘Razz Newspaper’ has intercepted a strong-worded letter written by the Ashanti Branch of the Ghana Actors Guild to the management of UTV, asking them to withdraw the showing of the commercial and the airing of the local series.

According to the letter signed by the Chairman of the Ashanti Branch, Bill Asamoah; members of the Guild who featured in the series – Kwasi Boadi (Akrobeto), Kwadwo Nkansah (Lil’Win) and Kwaku Manu amongst others, are protesting vehemently against the showing of the series on UTV because the production house responsible for the series, “Nakwadus” Productions did not shoot any series with the said actors but took fragments of already shot movies produced over the years and pieced them together to coin the series, ‘Abrabo’.

In the letter, the Guild stated that the producer in his dealings with the actors did not disclose to them the movies being shot will be out as series in future. It went on to state that, there was no contractual agreement between the actors and the producer to turn the movies into television series.

In one of the quotations in the letter to UTV, the Guild stated; “Failure on your part to adhere to this objection would only lead to us together with the aggrieved persons heading to the law courts for the laws of the land to take its course.”

In their response, a reliable source from UTV did confirm their receipt of the letter from the Ashanti Branch of the Ghana Actors Guild. According to the source, management of the station were in the process of drafting a response to the letter and revealed that the station respects the position of the Guild but rejects their plea to stop the running of the commercial and the impending airing of the series.

The station said it contracted ‘Nakwadus Productions’ to produce a local series for screening on the station and has already invested in the production and also have a contract with the production house to that effect. It also stated that, it has no contractual obligations with the actors; therefore, if the aggrieved actors have any concerns, they should deal with ‘Nakwadus Productions’.

“The station at the appropriate time will air the series as being advertized,” the source added.