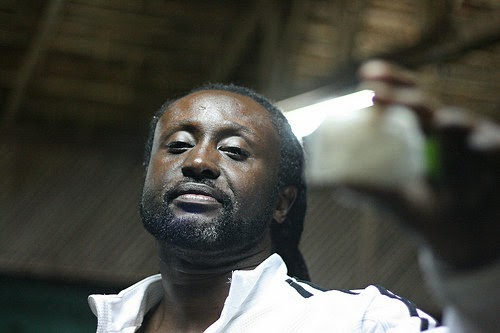 Hiplife ‘Grandpapa’ Reggie Rockstone has revealed that rapping in Twi in Ghana in the late ’90s was a tough sell because many music lovers thought it weird and indeed looked down on him.

Credited with pioneering the hiplife movement in 1994, Reggie is also known to have single-handedly started an exciting genre that gained worldwide recognition.
Speaking on the Weekend Warmer with DJ Black on Joy FM Friday night, the rapper revealed that Ghanaian looked down on him when he started rapping in Twi.
After several years of living in the US and UK, the hiplife Godfather revealed that when he returned to Ghana “we were like tourists, we had a tourist vibe around us in the ways that we walked in New York or England with our knapsacks and our Timberlands and everything. But we realized that we were very intriguing to the kids…”

According to him, the real concept behind hiplife comes from human behaviour and Ghanaians till date are hugely influenced by “our brothers and sisters” in the US.

Rapping in English all his ‘life’, Reggie Rockstone noted that, when he “flipped to Twi I realize we’ve got something here because they were responding to their own language…but on the same strength you had Ghanaians who looked down on me for rapping in Twi from the outset. They thought it was bush.”

Born Reginald Osei in United Kingdom, Reggie is referred to as the Godfather of hiplife. He has been living in Ghana since he pioneered the hiplife movement in 1994.
In 2004, he won the Kora Award for the Best African Video.