Radio and television personality Gifty Anti in October 2015 got married to Nana Ansah Kwao who is also an ace broadcaster and Chief of Edumasa.

The love of the two could not be hidden prior to the Royal Wedding as the duo on their various social media platforms expressed the affection they had for each other.

In recent news, it was rumored that Gifty, the Stand Point host was pregnant and the rumor is not false.

Over the weekend, both were at the West Hills Mall in Accra for the premiere of Bismark the Joke movie.

As they say, pregnancy can never be hidden forever, no matter how long it takes, it will surely show.

Gifty was spotted in a short white maternity gown which projected her protruded tummy, a confirmation of her pregnancy. 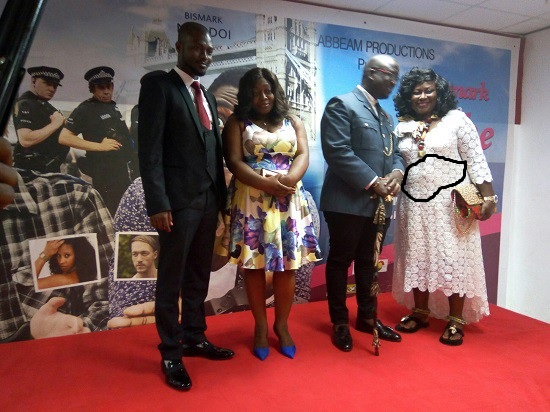 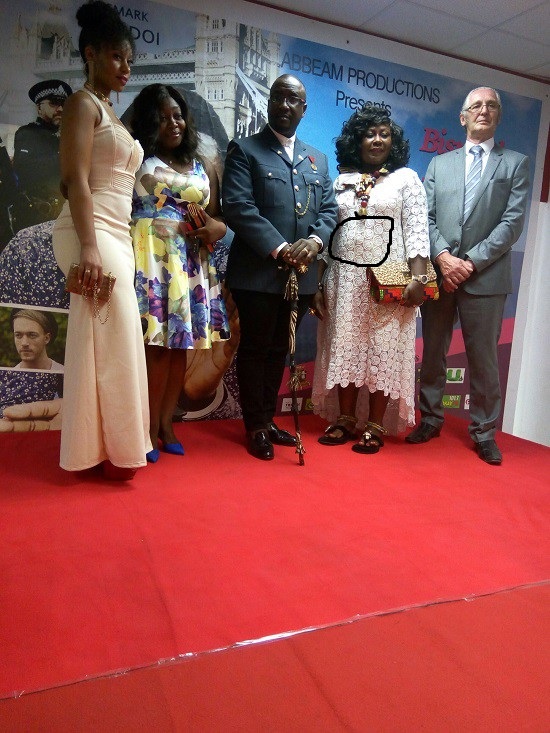 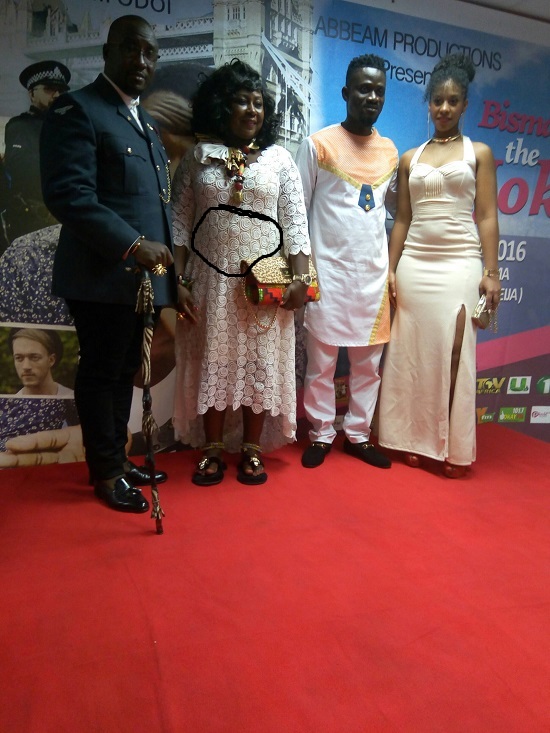 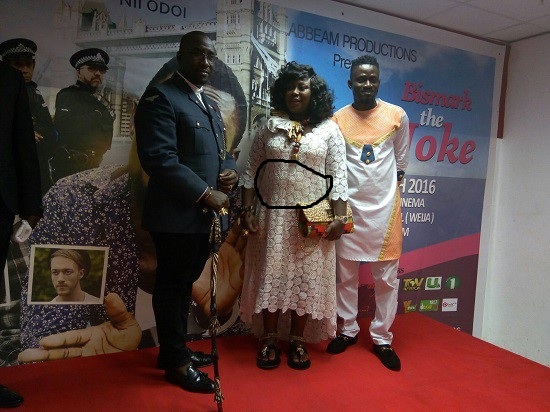