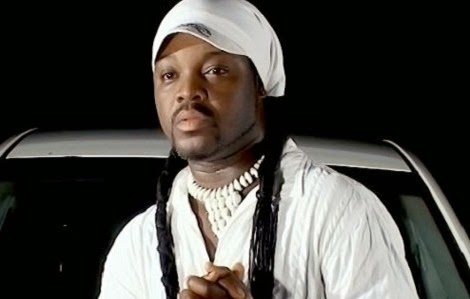 ‘Our money’ hit crooner Syndey who is known for controversial songs and labelled as a critic of every government in power has spewed up that, some selected Ghanaian musicians are on a musical coup d’etat.

The musical coup d’etat he (Sydney) explains is a way of addressing via music the unbearable economic hardship coupled with failing agendas in the country.
Sarkodie consciously or unconsciously has joined Sydney’s musical coup d’etat. This is evident in his two releases which address the media and the government. Sydney speaking to Nana Kwame the Master Planner on OC Showbiz Review on Skyy Power 93.5 FM in Takoradi expressed joy in what his musical sibling, Sarkodie is doing.

“Asking him if Sarkodie is on the musical coup d’etat path, Sydney answered Nana Kwame “oh yea my brother, that is exactly what Sarkodie is doing. There are a lot of people also joining in, have you heard the guy who remixed the ‘Adonai’ song? Old Soja and Guru all have also done it. The bottom line is that we’re tired; we’ve done the songs on pretty girls, I have this car, done this and that, it’s enough! Let’s address issues like I said I’m extremely happy.

I want to use this platform to congratulate Sarkodie for what he is doing and anyone who follows with such songs would be applauded for adhering to what we said.” Sydney hugged Sarkodie.”
Syndney went through thorns after attacking the government on songs and asking him why he would not use his ordeal as an epitome to advice Sarkodie but rather applauding him, Sydney answered “That’s what I keep saying that in this world you should stand for something, you could get all the wealth in the world but if you do not have a principle then you are like a soup without salt; you will not leave any legacy. I’m not sure it will affect him.”

“Like you said, you attack the system and not the government, so what/who was Sarkodie attacking?” Nana Kwame further probed Sydney and he replied “as for my own, I sometimes sprinkle it like a song I did ‘dongome’ and I mentioned Mr. President, everyone was aware I was speaking to the President but with me I sometimes don’t say it directly. With him (Sarkodie) at least that was what he felt like saying, now who is the president?

The one on the seat is, so if he is addressing issues and he feels like directing it to the right channel, I don’t see anything wrong. Like I said, someone would say it indirectly some people would also be blatant, it’s all good.”
“What about political party tagging, that someone would say you are NDC or NPP?,” was asked Sydney and the fearless Sydney said “Bro, what is even coming, that is when people will understand that we’ve not been bought by politicians, no politician can pay us to do that.

You could call us for political jingle for campaign that is a different issue or a company contracts us to advertise for it that is another way but at the end of the day NPP was in power when I released ‘oga dey chop am nyafunyafu’, I remember NDC was touring the villages using the song to campaign, people tagged me NDC member so today when NDC is in power and I release another and you say I’m NPP then …..”
Sydney who spoke in Twi throughout the interview on the OC Showbiz review appealed to Ghanaian Artistes to join in the musical coup d’etat and address issues in the country because they are the voice of the people.