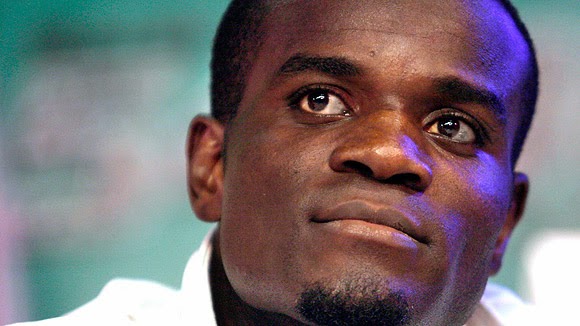 He debunked speculations that Black Stars captain Asamoah Gyan had a hand in the artist’s disappearance.

To him, there was no way Gyan would sacrifice his musician friend. “Asamoah will never do that. After all, he has a large following, and so if indeed he wants to sacrifice somebody, it could be any of his many fans and not Castro.

“Let me tell you something, I saw Castro in a dream, held his hands and asked him why he has allowed many to worry over his disappearance and he said jokingly, ‘Go away!’.
“I believe Castro is not dead, he will definitely come back. I believe he is still alive,” the former IBF Welterweight champion said on Happy FM.

Castro and his female friend Janet Bandu had gone missing for close to two months after an expedition to an Ada-based resort in the company of Asamoah Gyan and other friends.
Meanwhile, 36-year-old Clottey has cut short his mission in the USA due to his Mexican opponent’s ankle injury, ruling out their December 6, 2014 clash.

Clottey is expected back home this week.