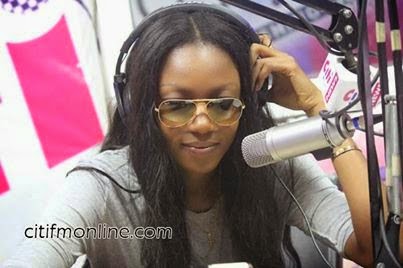 Actress Yvonne Nelson has opened up about her life in an exciting interview with Jessica Opare Saforo on the Traffic Avenue. The gorgeous actress took Jessica on a joy ride when she answered questions related to her career, love life and the controversies.

Asked if she’s dating currently, she responded that “I’m very paranoid. I don’t believe in what any man says. I’m no longer dating but I still believe in love.”

Yvonne Nelson wasn’t at the recently held Vodafone Ghana Music Awards and she used the opportunity to dispel assertions that her absence was because of Iyanya, her ex-boyfriend who has billed to perform.

“I wasn’t at the #VGMAs because I was involved in an accident on my way there. I was to present an award,” she said.

Among other things, she revealed how with time she has managed to build herself up in the movie industry. She’s currently working on her latest self-produced movie which features the best of the Ghanaian movie industry.