Mother of real Madrid star Christiano Ronaldo , Dolores Aveiro, recently released her autobiography ‘Mãe Coragem’ (mother courage), where she explained how she attempted to abort little Christiano Ronaldo by ‘drinking warm beer’ and ‘running until she dropped’.
She also added how she went to see her doctor to abort the unborn child but the doctor refused to carry out the
abortion,she therefore decided to carry it out by herself by drinking warm beer and running hoping she loses the pregnancy. 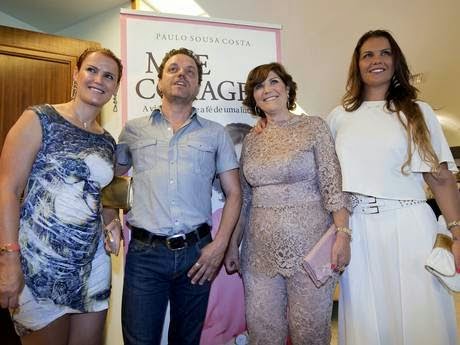 “I wanted to abort but the doctor didn’t support my decision,” she added in her autobiography.
She also added that, the world footballer of the year has found out about her past and has not held anything against her for her action.
““He told me when he found out, ‘Look mum, you wanted to abort me and now I’m the one who’s pulling the purse-strings in the house’…she said,speaking at her press conference on Friday.