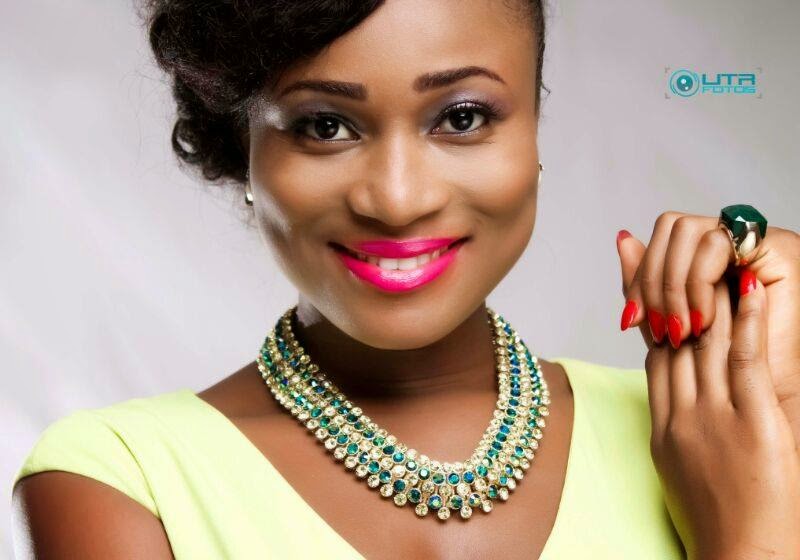 When bubbly actress, Christabel Ekeh, met her current boyfriend, she was happy when he told her he was not intimdated at all by her celebrity status and promised to accept her for who she is.

But almost two years down the lane, it seems he has gone back on his word and often bombards her with phone calls and text messages when they are apart. And when they are together, he wants to know every detail of what she has been up to.

In as much as the Love Or Something Like That star appreciates he is being caring, Ekeh believes too much of attention smacks of insecurity which she is afraid might take a toll on their relationship.
“ I love and adore my boyfriend very much but his insecurity is beyond what I imagined.

I remember when we started dating, he was all “lovey dovey” and promised to be understanding because we took time to know each other.

“ You know, we were friends for awhile before we took our relationship to the next level. He told me at that time that he knew what he was coming into and assured me of nothing but a wonderful relationship,” she said in an interview with Showbiz from a movie set in Nigeria last week Thursday.

“ Lately, he is always eager to know who is calling me, why the person is calling and sometimes gets worried about certain false news reports peddled in the media about me. Truth be told sometimes, it gets to me badly. You kow that feeling when you have a clear conscience, yet the people around you who should know better don’t seem to believe you,” she stated.

In an answer to what she does that probably makes her partner feel insecure, she said; “I guess, it is the nature of my job. Hmmm, this acting career is denying a lot of us especially, the females of our happiness. I travel a lot. For example, I’m here in Nigeria shooting a movie and he is somewhere so this can make him feel that way.

“ Also, I grace a lot of events so I sometimes get home late. I get calls from admirers all the time and I think this is an  issue I have to deal with.
“Another thing that I think fuels his insecurity has to do with the attention I get when we go out together.

I could see jealousy in his eyes but I cannot do anything about it, it comes with the job. I cannot snob my fans” the Deadly Passions star stated.
Christabel thinks her man has insecurity problems, but she is optimistic her relationship will end well because of the positive attributes the man possesses.

“ My man is a good man and you know good men are hard to find these days. I hope to settle down one day. After all, it is every woman’s dream to have a family so even though things are not going the way I want right now, I am hopeful that things will get better. I appreciate my man and I know he feels same about me so I am not perturbed.

Every relationship goes through phases and this might be just one of such”, she said.
When asked if she has ever cheated on her partner  Christabel said, “ I have never cheated on him and have no plans to do so. Yes, I go out and I meet people but being with someone as a boyfriend  is a choice and for me, I have chosen to be with my man so there is no way I will do anything to jeopardise my relationship.

“Plus, I respect my man and cheating is not an attribute I possess. If I find my man cheating on me, I will walk out of the relationship so I won’t do what I don’t want to be done to me to anyone.”
source: Graphic Showbiz