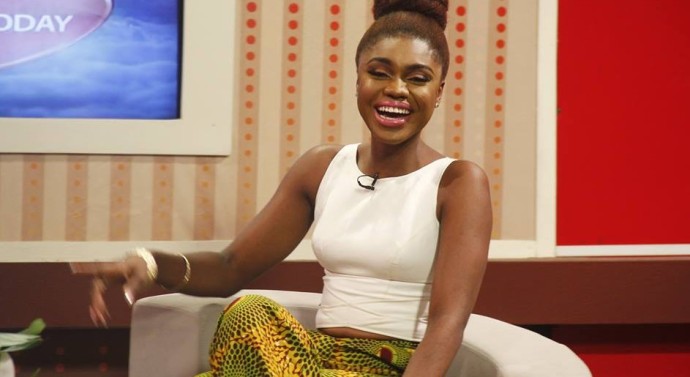 The ‘Mansa’ crooner placed a special call accompanied by a cake and rose of flowers on Gh One TV’s breakfast show, GH Today, to express his deep appreciation of their ‘friendship’ ahead of valentine’s day 2016.

And her response to the pleasant surprise was, “if everyone had a friendship like I have with Bisa Kdei, the world would be a better place. Thank you Bisa, I’ll see you after.”

She said: “I’m dating. I’ll say I’m lucky, especially now, because he understands what I do.

“You need to be with someone who enjoys what you do…you also need someone who will give you space.”

The Ghanaian Afro-pop star, however, refused to reveal the identity of her man.

Becca is currently promoting her latest single ‘Hw3 dea odo ay3 me’ ahead of a full album launch which will be announced soon.
Source: Starrfmonline.com