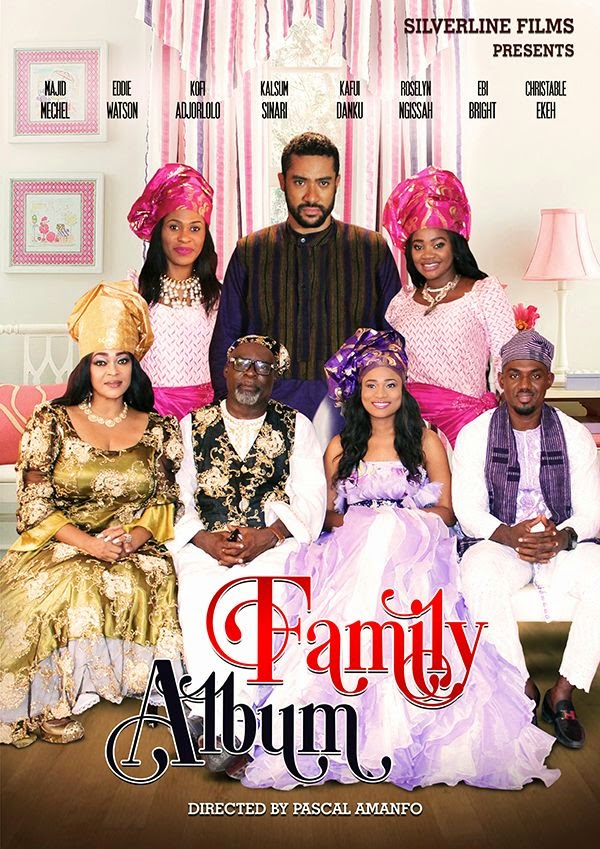 On 7th November, 2014 at the SilverBirds Cinema in Accra (Weija & Accra Mall at 6:30 and 9:30), Silverline Films will premiere its latest movie-Family Album—featuring talented Ghanaian actor-Majid Michel, Christabel Ekeh, Kofi Adjorlolo, Kafui Danku, Roselyn Ngissah, Eddie Watson and others… In ‘Family Album’, ‘the “I do’s” have been said! It’s time for the after PARTY!!!

And the Holbrook’s house is where you’d want to be. Good music, fine wine, delicious food … perfect couple … perfect family … of course without the secrets …

When the new Mrs. Heyford enters the house with her new husband for the dinner party in their honor, Opera can only look at the beauty around her, the love … and be thankful that no one can know about that which she holds deep in her heart, and the one man she truly loves.

As they move to the sweet music, Joe looks down at his wife and forces himself to forget about the real reason he ‘s marrying this woman, …
and why he can’t look up at Mercedes … the woman he’s been having an affair with for the past four months … Opera’s best friend … Mercedes is caught between the deceit of the century and needs to turn to someone for comfort. Unfortunately there seems to be no one as Candy is hit by a thunder of her own.

The man she is to marry turns up at the party with a secret of his own. In the midst of all the confusion, Greg turns to his mum for help, only to find her in the arms of a man … not his father … In one night when the crippling secrets start pouring out, no one is saved from the shocks of the lies and the true color of everyone comes tumbling in.

Friendships are betrayed … families are broken … who can survive such a traumatic experience?’ The movie is directed by Pascal Amanfo…