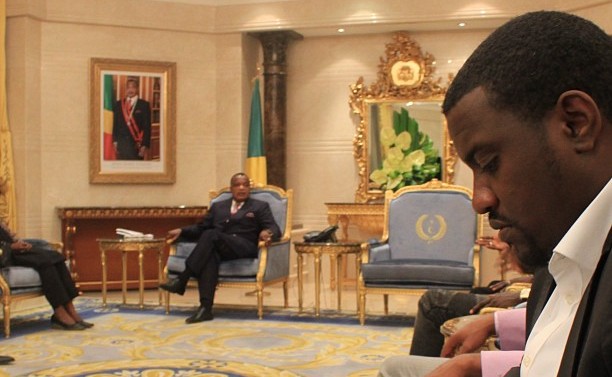 Ghanaian actor John Dumelo has on many occasions voiced out his support for president John Dramani Mahama. Days ago, he told a fan on twitter that “I have nothing against Nana Addo, but I only see one person being sworn in come January 2017 and it’s not him(Nana),”. This comment generated many insults for the actor after publication of his utterance went viral.

Few days after John’s comment, Francis Asenso-Danso, personal assistant to Nana Addo has revealed that the actor approached the flagbearer of NPP last year willing to campaign for him ahead of this year’s election and the comments he made about the sitting president. According to him, John Dumelo told Nana Addo Dankwa Akufo-Addo that he was “disappointed in the President for supervising a corrupt and incompetent administration”.
Below is an unedited statement by Francis Asenso-Danso on his Facebook wall early Sunday morning.

Admittedly, the beauty of democracy is that it guarantees certain freedoms and fundamental rights, including the freedom of thought and the right to choose as a citizen of a country, which political party to support and the candidate to vote for.
However, in exercising this right, make all efforts to examine your conscience and give due consideration to honesty and integrity.
Why cast aspersions on a man whose character you acknowledged as impeccable and worthy of the highest office of the land, only a few months ago, when u called on him to express your eagerness to campaign for.
Permit me to recall the hallow words you spoke about your namesake President John Mahama on your visit to Nana Akufo-Addo sometime last year. You were disappointed in the President for supervising a corrupt and incompetent administration, for which reason, you offered to go round the country and propagate the good message of Nana Akufo-Addo and the NPP.
Despite these damning indictment and your known affiliation to the NDC, Nana was generous with his time and urged you to be a good role model for the youth by striving for excellence in your chosen career.
It’s all the more deeply regretable that despite his kind words and fatherly advice to you, you are willing, for the fleeting lure of patronage, to sell your soul. Well, you still have time to repent.
As you would no doubt have noticed, the wind of change is blowing and a new dawn will soon be upon this great nation come 2017. I urge you to be part of this change, for the sake of this and future generation. Ghana must work again.
Let’s rise for change!