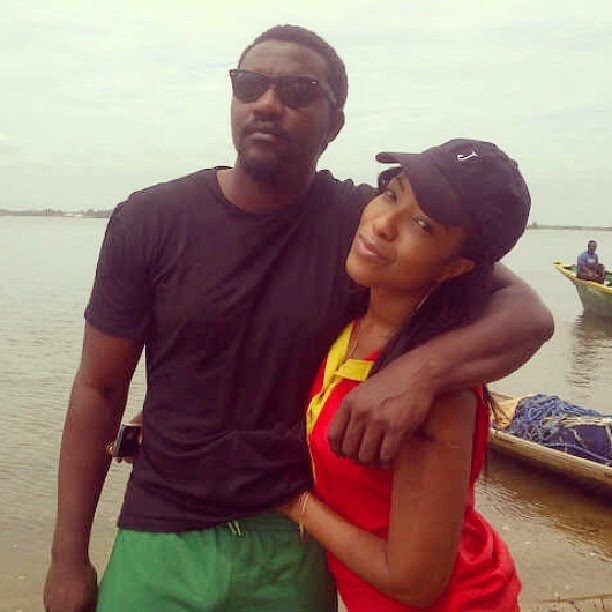 Celebrated TV presenter and actress, Joselyn Dumas, has said though actor John Dumelo is a perfect gentleman, ambitious and has good looks, she cannot enter into a relationship with him because both of them belong to the showbiz industry.

“I don’t understand what you mean by asking if John Dumelo is my ideal man. But what I can say is that he is a very creative actor, ambitious and a gentleman. I don’t know what you mean by that, but I have made it my policy not to date an industry person, and John and I find ourselves in the same showbiz industry,” Joselyn explained on Peace FM’s Entertainment Review last Saturday.

She was clarifying the relationship between herself and Dumelo and insisted it was purely a professional and cordial one that has nothing to do with eroticism.
Joselyn did not, however, tell whether she was currently in a relationship or not.
The celebrated actress also confirmed she has a child but insisted there was no reason discussing the child in the media.

“I am a proud mother, and it is already out there that I have a child, but what people are not sure of is whether the child is a son or a daughter. My child is still young, and until she becomes an adult, I am responsible for making decisions for her. I am the one who has decided to be in the media; my child has not made such a decision so I have to keep her out, and I think you must understand me and respect the decisions I make for my child.

“When she becomes of age, and she decides to be in the media, I would allow her; all I may do is to guide her. But until then, I have decided to protect her from the media and the public for now,” the actress explained.

The actress had gone to the Entertainment Review programme to propagate her upcoming campaign against the spread of cholera, but the discussion panel decided to ask her a few questions outside the subject for which she went there.

“On Tuesday, we would be at Okaishie, in the Central Bussiness District of Accra, to preach against cholera. I would be there in person, Tinny would be there, several of my fellow filmmakers and friends from the music industry would also be there to create awareness on cholera.

“Our focus would be to create awareness on the prevention of cholera and also to let people know it has a cure. This whole thing is about maintaining good hygienic lifestyles and nothing more,” Joselyn explained.

The actress called for public support to create awareness on how to prevent cholera.