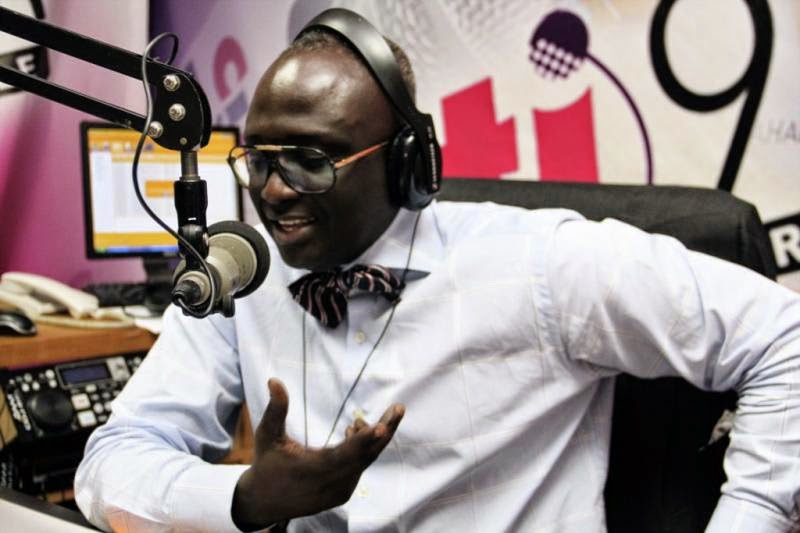 Veteran Broadcaster Kwasi Kyei Darkwah (KKD) has revealed that he is ever ready to serve in political office under any government.

Appearing as a studio guest on the show, Monday, the CEO and Founder of The Finest Productions said it is important for President John Mahama to start looking beyond the people around him when appointing people to serve in his administration.

“The President has a difficulty though because he has too many people around him trying to push particular people to get particular jobs, but I tell you, if he starts looking at all Ghanaians all over the world, he will find that there are a good number of people who are saying: ‘Yes, Fa mi fa mi fa mi! [To wit, appoint me!]”, the former Director of Communications at the Ghana Investment Promotion Centre said.

Bola Ray: Are you looking forward to being appointed as a Minister? If given the chance, will you accept that? If you are called to serve Kwasi, will you?

KKD: If I’m called, of course! I worked as the Director of Communications for the Ghana Investment Promotions Centre. I wasn’t called to serve, I applied for a job and I took that job, but at certain levels, it is only at the pleasure and the leisure of whoever we have voted to run the country.

Bola Ray: In any party, I mean with the NPP, NDC, you’ll do it? You’ll serve your nation?

KKD: Ghana first, I think parties come third. And I really think for all those who want to do partisan politics, there’s nothing wrong with it, but we can’t have more than one-tenth of the population of Ghana doing active partisan politics because what that does is it saps the energy of this country because party politics makes you only look at the other guy and say: ‘whatever he does is no good’ and look at your guys and say: ‘whatever they do is good’, now that is sad”.