Days after musician and New Patriotic Party (NPP) sympathizer, A-Plus, alleged in a post on his Facebook Timeline that the National Organiser of the NDC, Kofi Adams, sleeps with women in his car under a tree at Legon all the time, the later has finally broken his silence.

The NDC Deputy Campaign Coordinator has dared the musician to immediately make public his evidence backing his claim. Kofi Adams noted that he is still focused and will not be distracted by the lies being concocted by A-Plus.

“I dare him to show the evidence of me bonking a woman in my car. Such lies from confused people like A – Plus will not distract my attention off my campaign work,” Kofi Adams said on Asempa FM, Tuesday.

The ‘Aben Be Bom’ hitmaker in a facebook post alleged that, Kofi Adams sleeps with young ladies in his car on Legon Campus.

“So why does Kofi Adams like chopping women in his car at Legon like that? I mean Kofi Adams the NDC national organiser. Everyday he’s chopping a woman in his car under a tree on Legon campus,” his post read.

A confident A Plus who seemed not threatened with his post says he has evidence to prove his allegations against the Mr Adams hence dared the latter to sue him for defamation if he thinks he’s wrong.

“Those who will come here to defend Kofi Adams ask him why he can’t take me to court for defamation”.

The “Mo Aye Late” hit maker continued that he is ready to expose the bad deeds of Mr Adams publicly on social media.

“…Because he knows it’s true and if he tries I’ll post evidence on social media”.

Earlier in September 2016, Mr Kofi Adams claimed A Plus is a ‘drug addict’. He alleged on live radio that the musician who has been critical of the Mahama-led administration does not compose any ‘sensible’ song appealing to the ear because he “sniffs cocaine”. 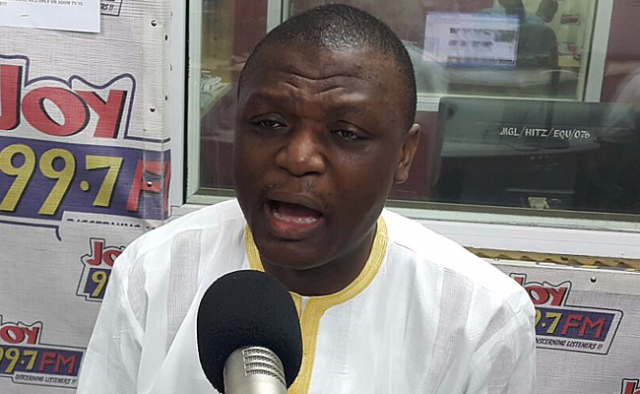