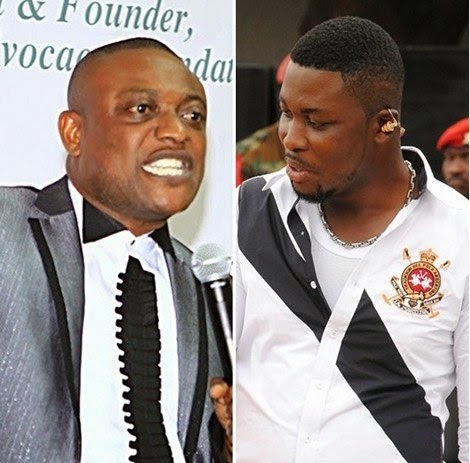 Legal practitioner and and social commentator Mauriace Ampaw has sued Musician and Comedian A-Plus asking for GH¢1million as damages.

A copy of a writ has been released on social media baring the name of both the plaintiff and defendant, Maurice K. Ampaw and Kwame Asare Obeng.

A Plus described, Lawyer Ampaw as “DUMB” and criticized him for throwing dust in the eyes of Ghanaian about knowing the where about of missing Hiplife artiste Theophilous Tagoe aka Castro.

Before the writ surfaced this morning, Lawyer Ampaw threatened to drag A-Plus to court and A-Plus responding on social media calling his bluff that “Maurice Ampaw will be a coward If he doesn’t sue me”, A-Plus stated on facebook.

According to reports A-Plus stated on Accra based Radio Univers that Maurice Ampaw is not a lawyer and he is ever ready to meet him in court to solve the case.

A-Plus has reportedly disclosed that he has officially not received any letter from the courts so he is patiently waiting to be served with it.

Meanwhile Lawyer Ampaw will address a press conference tomorrow Friday October 24, 2014 at the St. Martins Hotel at Dansoman in Accra. It is not clear what the lawyer has to tell the media but we will cover the press conference bring to our readers what he had to say. 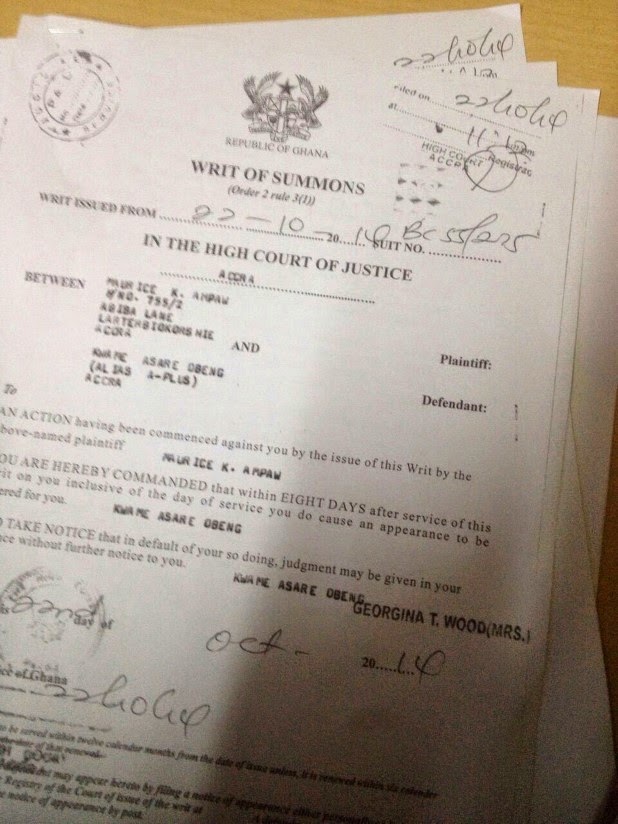 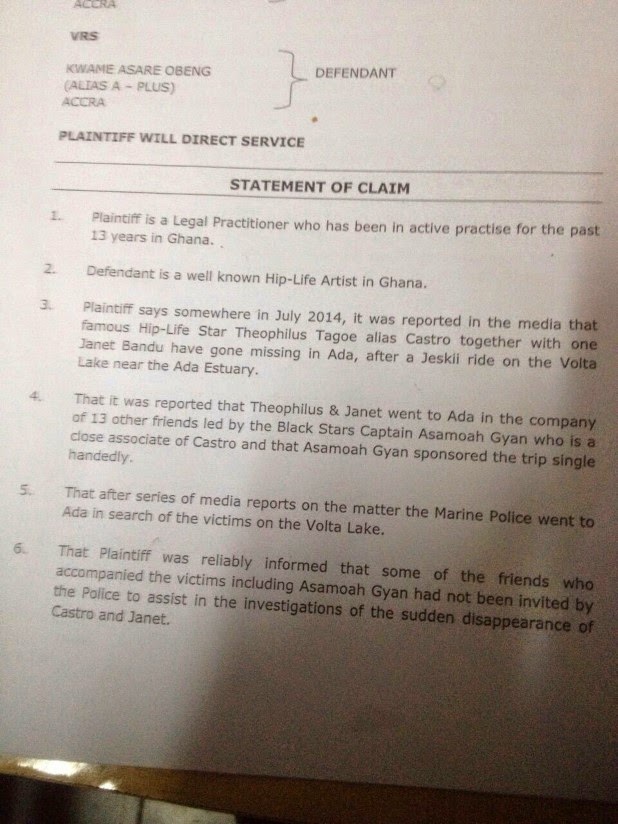 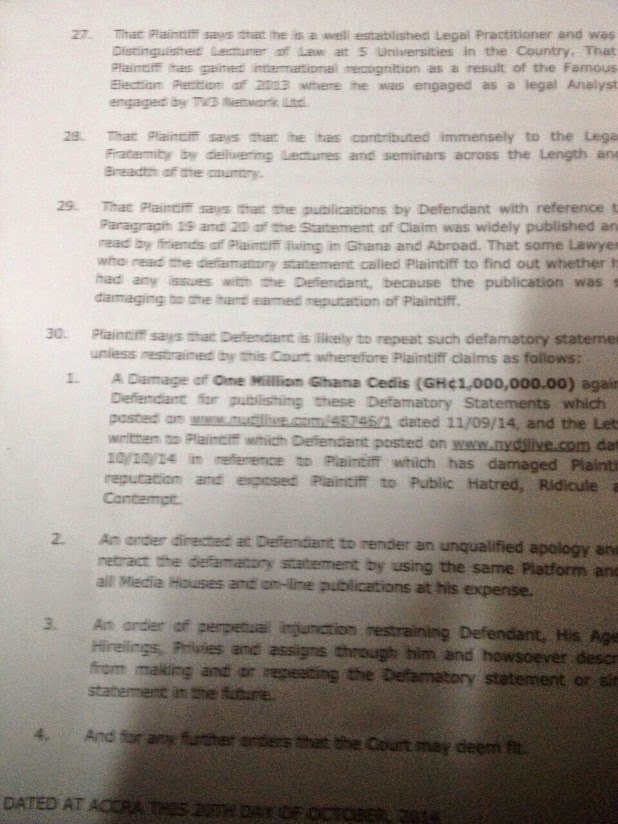 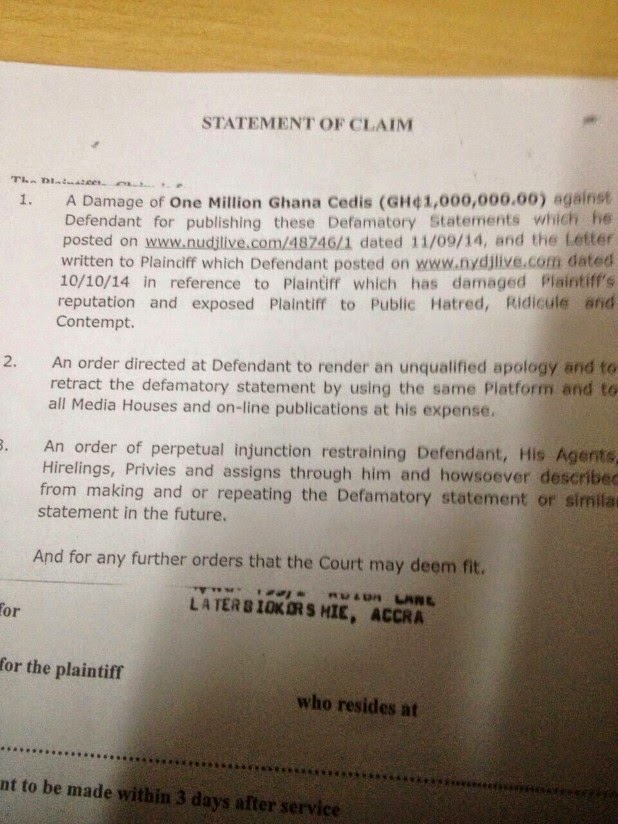