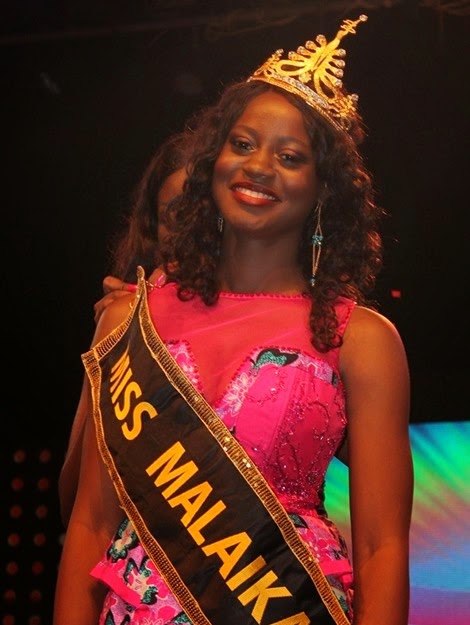 After witnessing the auditioning session for this year’s edition of the Miss Malaika beauty reality series, one is left in no doubt that beauty pageants and the Miss Malaika Ghana pageant by extension has come to stay and the exciting sessions will start airing on Sunday August 31st at 8 pm on GhOne TV .

The turn out for the Accra auditions which was held at GhOne Studios a couple of weeks ago was not only phenomenal but hugely impressive as the caliber of contestants that turned up to be auditioned by the three judges – William Asiedu, Rodney and Ama Nettey ( Winner, Miss Malaika Ghana 2010) was very high.

The Judges had their job cut out for them as they had the duty of vetting each of the contestants in turn and trim the initial number of about 500 to about a hundred beautiful young women.

16 ladies will eventually emerge out of the process to compete in the nearly 13 weeks of intensive competition. Watching the ladies eagerly join the auditions train, one wonders why so many young ladies find the Miss Malaika pageant an excellent avenue to explore their potentials.

It has been observed that Malaika acts like a finishing school for many of these young ladies who enter the competition. The weekly tasks and the activities planned around the pageant especially the international tourism opportunity has certainly acted as a pull factor for many a beautiful young woman. The Miss Malaika pageant is still the only pageant in Ghana that sends the ten finalists on an exciting international trip.

Malaika as a pageant of choice might also stem from the fact that the competition is one of the longest running pageants in the country and certainly one of the most reputable. The pageant, in its 12th year, has seen the crowning of some of the most brilliant ladies as queens including Hamamat Montia, Melissa Baba, Laurie Naa Lamle Lawson, Dr.Tamara Aku Dzormeku, Ama Nettey, Jeraldine Parttinton and the current reigning queen, Naa Oyo Quartey.

Charterhouse producers of the pageant have presented it as a beauty reality series that starts airing the interesting audition episode on GhOne TV from Sunday 31st August and every other Sunday at 8PM.

This pageant has no doubt, blazed the trail for other beauty pageants to follow. The culture of “First” has always made the pageant stand out at a time when patrons have become weary of beauty pageants in general.