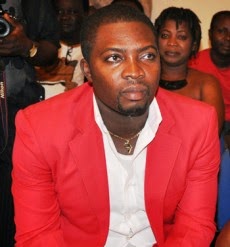 Movie Director Frank Rajah has responded to claims that he is under pressure over his decision to change the cast for the upcoming sequel to his movie, ‘Cheaters’.According to him, everything is under control.Frank reportedly kicked out lead actress
Jackie Appiah and other cast in the first and two instalments of the movie and replaced them with archrival actress Yvonne Nelson and a new set of cast including Eddie Watson, Naomi Watson, Kweku Elliot and Zynnell Lydia Zuh.Sources said the development was generating some controversy in the ‘Cheaters’ camp as Frank Rajah is under pressure to satisfy the cast on each divide.However, Frank told NEWS-ONE yesterday that “there is no problem. Everything is perfectly going well. Everything is cool.”He said the new sequel is titled ‘Cheaters Vacation’ and that “it is not a continuation of the Book 1&2. Those stories have ended and totally different from the new one, so don’t get it twisted,” Frank reiterated.