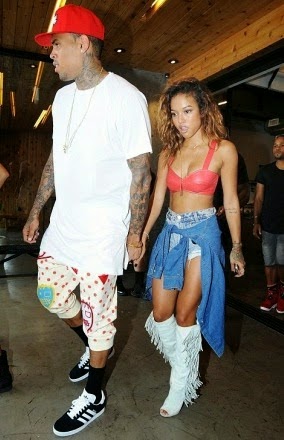 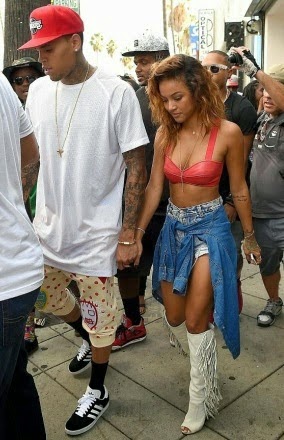 Karrueche Tran, pictured above here with Chris Brown yesterday as he promoted his new album in LA, doesn’t look pregnant to me, but according to MediaTakeOut, an industry source told them as a matter of fact that she’s pregnant. Their report below…

“Remember all that talk a few months back about “pregnancy” that Chris Brown was doing on Instagram . . . well it worked. A MediaTakeOut.com insider confirmed to us that Karrueche is telling those close to her that she is in fact pregnant. This ain’t rumors y’all – It’s fact!”

“She’s very confused right now, because she loves Chris and Chris wants a baby. But Karrueche wants more than just a child – she wants a real commitment. No more Rihanna jumpoff sessions, no more strippers, just the two of them.”

Don’t get it twisted though. Karrueche is keeping the baby. The insider explained, “[Karrueche] is preparing her life for the child now.”

Congrats Chris and Karrueche . . . we can’t wait until she starts showing!!

Lol. MediaTakeOut and their stories. Time will tell…