Home / Entertainment / MUST READ: Remember Songstress Raquel’s Pantless photos?? Well, She finally Opens up on why her ‘VAJAYJAY’ was on Display
Let people Know about this
114
SHARES
FacebookTwitterSubscribe 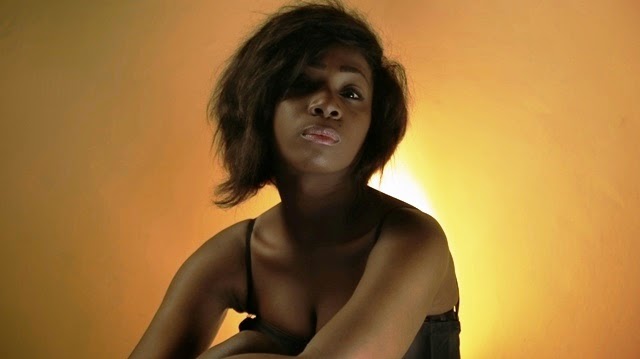 A very long time ago, Raquel became a victim of wardrobe mishap but what she lost was far more than money, her career hasn’t been the same since the incident.

We all know what happened, her naked “vajayjay” was put on display when she was performing on stage. For a girl her age, nothing could hurt more than that.

She didn’t throw in the towel, she pushed on, months after, everything died out. In an interview with Giovani on the late Night Celebrety show on eTV, she told the story of what exactly happened that caused the big disgrace.

Of course you can’t blame her, sh*t happens and blame games can’t turn back the hands of time.
Below is how Raquel explained what exactly happened. Sigh! Sorry Raquel.

I went to her house and she was still making this dress, I tried the dress on and it was really tight, She advised I remove the lining underneath the silk to create some space in it, so it fits a little bit more. Silly me, I removed the lining, put the dress on and sat in the car fixing my make up; on my way to the venue. The dress was just tearing in the slit area and by the time I got on stage, the dress had torn in an awkward way and it was the craziest experience in my life.

Just seeing everyone in the audience made me so uncomfortable, but I still had to perform. And I could feel the connection from the audience was not there because they could feel I wasn’t present during the performance.

They could feel something was off. I got off the stage and one of the camera guys approach
ed my manager and they spoke for about an hour. After, my manager came back to the car, I sort of knew what had happened and started to cry.

The stage is up there, the camera people where down there and she managed to capture everything. She actually approached my manager and told him what they had seen and we expected them to delete them but they went ahead and did what they wanted to do with the pictures. We didn’t have any confrontation with the camera person because we knew this person from meeting in many places so we assumed everything was OK when my manager talked to her.

It was really a horrible experience. I cried for months, my mother prayed for me and I tried to get over it. I knew a lot more people were going to be hurt because of what happened and so when I heard people saying it was done for publicity I was hurting more. I was already Raquel before that night, I had ‘Odo’, ‘Sweetio’ and this happened. People shouldn’t think I’m a bad person; I come from a very good home.

Of course, we concur with her that this will hurt for years. We hope and know for sure it won’t happen again.