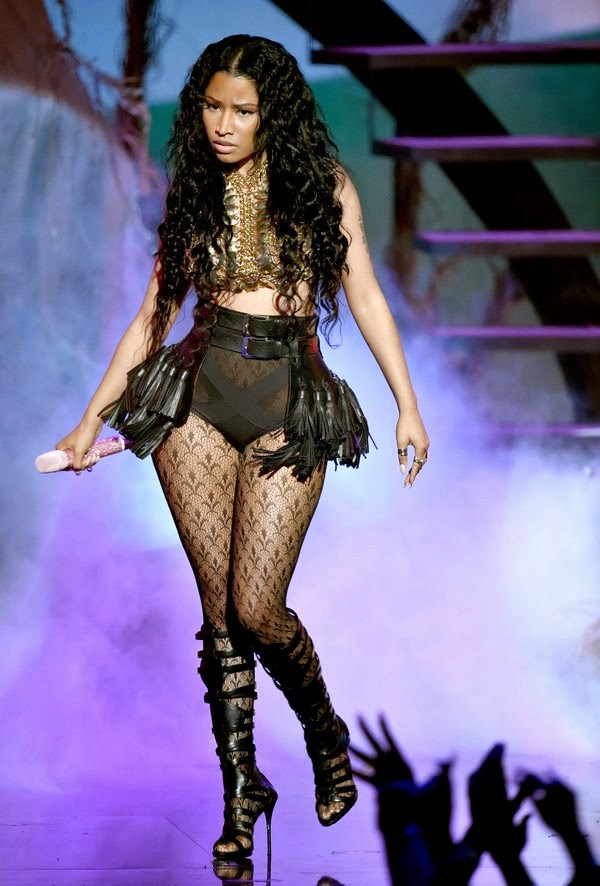 During her acceptance speech for Best Female Rapper at the BET Awards on Sunday night, Nicki Minaj revealed she almost died last week but she was afraid to call an ambulance because she didn’t want it to end up on TMZ. Nicki made the shocking admission on stage, explaining; by the way TMZ is a celebrity news website… The name TMZ stands for thirty-mile zone

“The other day, literally I didn’t tell anybody this, I really thought I was about to die. Like, I was saying my prayers to die. And I didn’t even want to call the ambulance because I thought, ‘Well if I call the ambulance, it’s going to be on TMZ.’

“I would rather sit there and die. And it made me realize I don’t care what anybody got to say. I’m going to do me.”

You don’t care what people say, but you would rather die at home than call an ambulance so no one sells the tape to TMZ? Wow!!! Meanwhile MTO claims the problem that nearly killed Nicki was ‘weed overdose’. See their report after the cut..
From MediaTakeOut.com

So WHAT EXACTLY HAPPENED that made Nicki Minaj almost “die”. Well we spoke to our OFFICIAL YOUNG MONEY SPY – who told us that Nicki thought that she may have suffered from a WEED OVERDOSE. LOL.

Yes, this is 100% FACTS here . . . a “WEED” overdose. According to MediaTakeOut.com snitch, Nicki was in the studio with Lil Wayne, and a BUNCH OF HIS CREW – and they were smoking tons of weed, and possibly OTHER SUBSTANCES. Nicki Minaj does NOT smoke weed, but she usually ALLOWS people to smoke around her when in the studio.

The insider told MediaTakeOut.com, “These [guys] went overboard with it though. They kept smoking and smoking, till the whole BUILDING was full of weed smoke.” Nicki, we’re told LEFT THE STUDIO, after she believed that she was getting a CONTACT HIGH.

When she arrived home, Nicki began having PALPITATIONS and difficulty breathing. She thought she was dying, but did NOT call for emergency help. Eventually the feeling passed . . . and she had THE MUNCHIES.

So there you have it . . . Nicki Minaj almost DIED off a CONTACT HIGH. She is so dang DRAMATIC with it . .. that’s why we LOVE HER SO!!