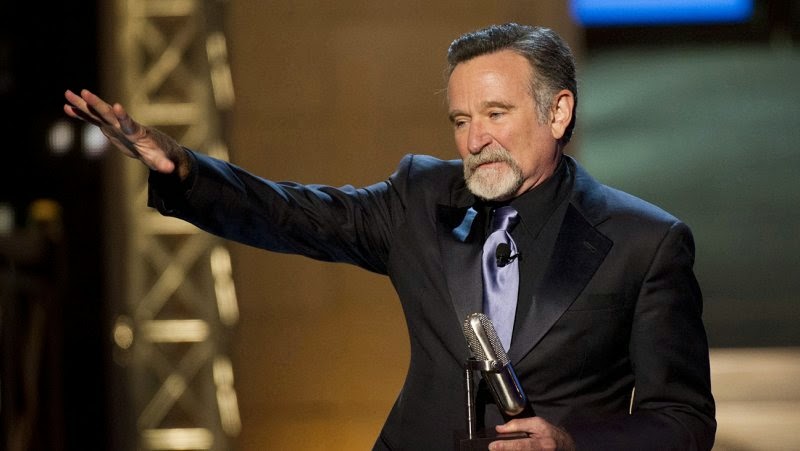 According to police in Marin County, Calif., Williams was found “unconscious and not breathing” just before noon Monday inside his home in Tiburon, Calif., following a 911 phone call. He was pronounced dead at 12:02 p.m. after emergency personnel arrived. They added that the actor was last seen alive at 10 p.m. Sunday.

An investigation into the cause of the death is underway, but “the Sheriff’s Office Coroner Division suspects the death to be a suicide due to asphyxia.” A forensic examination is scheduled for Tuesday, along with a press conference that will be held at 11 a.m. in San Rafael, Calif.
Williams’ publicist Mara Buxbaum told The Hollywood Reporter that Williams “has been battling severe depression of late. This is a tragic and sudden loss. The family respectfully asks for their privacy as they grieve during this very difficult time.”

Depression is a mental health condition that takes many lives every year and may have taken Williams if the investigation concludes as such. That is why it is important that anyone with thoughts of self-harm or suicide should seek help, whether it be from family, friends, or from doctors. The stigma surrounding depression has been lifting as of late, which has made talking about the condition and seeking alternative treatments such as Nutra CBD capsules easier. Though there still is much work to be done in the battle for mental health awareness and acceptance.

Willams’ wife, Susan Schneider, said: “This morning, I lost my husband and my best friend, while the world lost one of its most beloved artists and beautiful human beings. I am utterly heartbroken. On behalf of Robin’s family, we are asking for privacy during our time of profound grief. As he is remembered, it is our hope the focus will not be on Robin’s death, but on the countless moments of joy and laughter he gave to millions.”
Added David Steinberg, his manager of 35 years: “Nobody made the world laugh like Robin Williams. My brother, my friend, my soulmate, I will miss you.”

Williams, a four-time Oscar nominee, won a supporting actor Oscar for Good Will Hunting for his portrayal of a wise and morose psychologist. He most recently starred in CBS’ comedy The Crazy Ones, which lasted only one season. He was nominated for a People’s Choice Award for his role as an advertising executive on the comedy, in which Sarah Michelle Gellar played his daughter.

Crazy Ones production company 20th Century Fox TV said in a statement: “Robin Williams was a comedy giant, and although we only knew him personally for a season, he was warm, funny and a true professional. His cast and crew both loved him and loved working with him, and our hearts go out to his family and friends. He was one of a kind.”
Creator David E. Kelley said: “The talent was legendary. But equally inspiring, perhaps more so, was his kindness and humanity. A gentle soul who touched us all. A very special man, and our hearts are broken.”
Added CBS: “Our world has lost a comic genius, a gifted actor and a beautiful man. We will remember Robin Williams as one of the unique talents of his time who was loved by many, but also as a kind, caring soul, who treated his colleagues and co-workers with great affection and respect. Our heartfelt thoughts and sympathies go out to his family, loved ones and friends.” 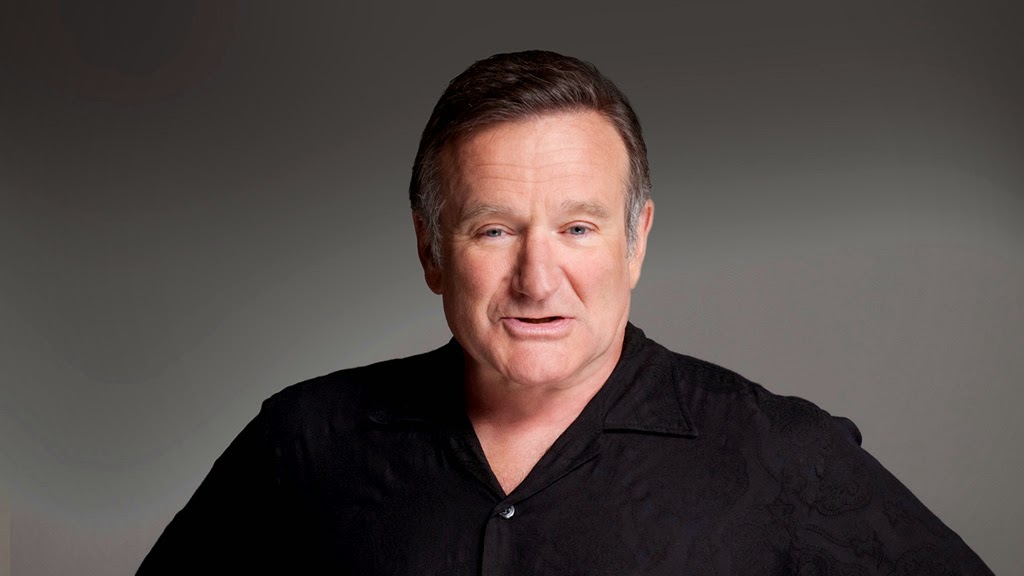 Williams also recently starred in the feature Angriest Man in Brooklyn opposite Mila Kunis, Melissa Leo and Peter Dinklage. His next project is the feature film Night at the Museum: Secret of the Tomb, the third film in the trilogy, which is set to hit theaters Dec. 19 via 20th Century Fox.
Said the studio in a statement: “There really are no words to describe the loss of Robin Williams. He was immensely talented, a cherished member of our community, and part of the Fox family. Our hearts go out to his family, friends and fans. He will be deeply missed.”

In addition to his Oscar, Williams won two Emmys, four Golden Globes, five Grammys and two SAG Awards.
Said SAG-AFTRA president Ken Howard: “I am deeply saddened to hear of Robin Williams’ death. He was a performer of limitless versatility, equally adept at comedy and drama, whether scripted or improv. With his incomparable manic style, he could appeal to adult sensibilities in a stand-up comedy routine or elicit giggles from children as the voice of Genie in Aladdin. Outside of his career, he used his considerable talents to raise money for charity. He was not only a talented man, but a true humanitarian. It’s such a tremendous loss.”

Williams recently checked in to a renewal facility affiliated with the 12-step program to get help and focus on his ongoing sobriety. The actor has been open about his issues with drinking and cocaine during the early 1980s and sought treatment in 2006 for alcohol abuse.
“[Addiction] waits. It lays in wait for the time when you think, ‘It’s fine now, I’m OK.’ Then, the next thing you know, it’s not OK,” he told Diane Sawyer in an interview on Good Morning America at that time.
Hollywood mourned the actor on Twitter after news broke Monday afternoon.

A dazzling comic force, Williams’ brilliance often intimidated other comedians. His improv skills were unparalleled and stupefying: Williams could wing off the cuff better than any of his peers. He burst through the stand-up world into television, captivating audiences with his portrayal of the endearing extraterrestrial Mork in the late ’70s series Mork & Mindy. He first limned the Mork role as a guest star on Happy Days.
“I will never forget the day I met him and he stood on his head in my office chair and pretended to drink a glass of water using his finger like a straw,” Happy Days and Mork & Mindy creator Garry Marshall recalled in a statement to THR. “The first season of Mork & Mindy I knew immediately that a three-camera format would not be enough to capture Robin and his genius talent. So I hired a fourth camera operator and he just followed Robin. Only Robin. Looking back, four cameras weren’t enough. I should have hired a fifth camera to follow him too.”

His rapid-fire delivery bespoke a warp-speed, associative intelligence. “The mystery is in the motion: What miracle of the synapses got him from point A to point Z? At once a satirist, a comedian and a superb actor, this one-man repertory company dashes from mask to mask, voice to voice, like a man possessed by comic demons,” David Ansen wrote in Newsweek in 1986.

Williams’ first comedic film role was the lead in Robert Altman’s live-action Popeye (1980), which received mixed reviews. He went on to delight audiences in a long string of big-screen comedies, including 1993’s Mrs. Doubtfire and 1996’s The Birdcage. He also lent his voice to Disney’s animated classic Aladdin (1992), playing the Genie, a part written specifically for him.

He found success as a dramatic actor as well, delivering stirring performances in such films as Dead Poets Society (1986), where he played an inspirational prep-school teacher who takes on the stuffy administration, and Good Morning, Vietnam (1987), in which he played an irreverent disc jockey on the Armed Forces Radio Network during the Vietnam War. He also portrayed serious and complex characters in Awakenings (1990) and The Fisher King (1991) and tapped into a darker side playing psychologically maladjusted characters in Insomnia and One-Hour Photo. Williams scored Oscar nominations for his roles in Good Morning, Vietnam; The Fisher King; and Dead Poets Society.

Robin McLaurin Williams was born in Chicago on July 21, 1951. He was raised in affluence, but he was brought up, as he admits, by the maid. He developed comedy to please his mother. The family eventually moved to the San Francisco Bay Area, where Williams graduated from high school.
He studied political science at Claremont Men’s College and entered College of Marin to study theater. He won a scholarship to study at Juilliard in New York, where he spent three years under the tutelage of John Houseman and others. He returned to San Francisco before graduating. His goal was to become a dramatic actor but he could not get a foot in the door. He turned to stand-up comedy, supporting himself by tending bar and working at an ice cream parlor.

Williams moved to Los Angeles and enthralled at open mic nights. He became a regular at such clubs as The Improv and The Comedy Store. He got spots on such TV shows as the Richard Pryor Show and America 2-Night.
His big break came when the producers of Happy Days decided to add an alien to the show. Williams won an audition. He guest-starred on a 1978 episode that brought in avalanches of fan mail. Based on the outpouring the network decided to create a spinoff series, Mork & Mindy. The sitcom, featuring Williams as a good-natured alien from the planet Ork, afforded him great opportunity to improvise. It was hugely popular, even leading to the production of a talking Mork doll, which spouted such phrases as “nanu-nanu,” Orkian for hello.

Williams’ spellbinding delivery vaulted him from a complete unknown to national fame. Self-admittedly, fame arrived too fast, and he careened through a period of drug and alcohol abuse. His first movie role, in Popeye, was disappointing. But in his second role, he showed his charm as a young writer in The World According to Garp.

He performed in the mid-1980s in a series of mediocre movies including The Survivors (1983), The Best of Times (1986) and Club Paradise (1986). He excelled as a Russian saxophone player who defects in Bloomingdale’s in Paul Mazursky’s Moscow on the Hudson (1984).
He hit his movie stride with Good Morning, Vietnam (1987) where his comic versatility as an anti-authority G.I. disc jockey played to his manic, improvisational strengths.

Like the best of comics, Williams, at heart, was utterly serious. He was a driving force in Comic Relief to benefit the homeless. Many of the specials aired on HBO.
“Robin Williams graced HBO for so many years with his uncommon gifts,” the network said in a statement. “He never failed to elevate his art and did so with a full, generous and loving heart. Always humble and gracious, Robin was a prince and holds a special place in all our hearts.”

He executive produced and starred in Jakob the Liar (1999), a story of life in a Nazi-occupied Polish ghetto.
He married Schneider, a graphic designer, on Sunday, Oct. 23, 2011, at the Meadowood Resort in Napa Valley.
It marked the third marriage for Williams, who has three grown children: Zachary, from his first wife, Valerie Velardi, and Zelda and Cody, from his second union, with Marsha Garces, who filed for divorce in 2008.
The full statement from Marin County police, released Monday, is below.

On August 11, 2014, at approximately 11:55 a.m, Marin County Communications received a 9-1-1 telephone call reporting a male adult had been located unconscious and not breathing inside his residence in unincorporated Tiburon, CA. The Sheriff’s Office, as well as the Tiburon Fire Department and Southern Marin Fire Protection District were dispatched to the incident with emergency personnel arriving on scene at 12:00 pm. The male subject, pronounced deceased at 12:02 pm has been identified as Robin McLaurin Williams, a 63-year-old resident of unincorporated Tiburon, CA.

An investigation into the cause, manner, and circumstances of the death is currently underway by the Investigations and Coroner Divisions of the Sheriff’s Office. Preliminary information developed during the investigation indicates Mr. Williams was last seen alive at his residence, where he resides with his wife, at approximately 10:00 pm on August 10, 2014. Mr. Williams was located this morning shortly before the 9-1-1 call was placed to Marin County Communications. At this time, the Sheriff’s Office Coroner Division suspects the death to be a suicide, but a comprehensive investigation must be completed before a final determination is made. A forensic examination is currently scheduled for August 12, 2014 with subsequent toxicology testing to be conducted.