Home / Entertainment / Pascal Aka claims he charges $5,000 on average to put a music video together
Let people Know about this
84
SHARES
FacebookTwitterSubscribe 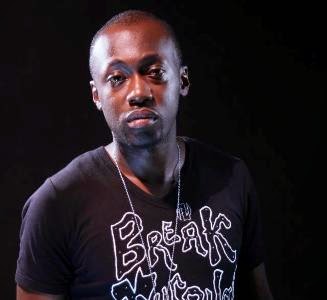 Award winning film and music director, Pascal AKA made an appearance on GhOne TV’s Rhythm show this week, where he disclosed that he takes $5,000 on average to put together a music video that would be appealing to the masses. When he was asked by the host, Blackboi, whether that’s the price all directors charge before making a video,

he said, that’s what he charge for a video and that other directors may take higher or lower than him. He also added that the price depends generally on the budget for the production
About the challenges he encounters in creating music videos, he disclosed, ”I don’t face challenges when directing and putting videos together because before I accept an offer to shoot a video, I make sure that I take enough money prior to the shooting of the video,

and make the necessary arrangements as well. I even picture how I want the video to look like as soon as I hear the song – the locations, the costumes and everything that will in the long run add value to the video”.

Pascal AKA is one of the best videographers in Ghana. He has worked on music videos such as D Black-Vera, El- Obuu Mo, C real – Hewale, Okyeame Kwame – Mr. Versatile, Chris Waddle- Ayi, El-Kaalu among others. Pascal expressed his gratitude to award-winning rapper and producer, EL for being loyal to him.

Pascal AKA has directed most of EL’s video including American Passport featuring Joey B, which he said would be released soon.
Pascal has also directed short films such as Ghana Police, Banku Chronicle as well as full length movies. He advised the upcoming talents to desist from sending messages to directors or movie producers to help them star in a movie and all sort of messages they have been sending.

”You can showcase your acting skills in a short film and upload it on YouTube or any other channel. It will shock you that the directors and filmmakers will even be chasing you for roles. They must do something to help themselves
first”.

He also advised that it is very necessary they get training in schools related to the profession and not just depend on raw talents.