The ‘Choices‘ act was joined by Media Personality Kofi Okyere Darko (KOD) and some Executives of EIB Network.

Photos and video below.

A sharply-dressed man sits for hours in a small room with no windows, talking to himself, laughing at his own jokes. He sports glasses and a clean shave. He has nothing but a microphone and music for company, and there’s a melody to his speech, and a diligence about his articulation.

He’s wearing a large headphone over his head, and his fingers are working channel faders on a console. He’s immersed in himself, but at the same time, is sharing his essence with an entire city. Over time, because of the seamless manner in which he navigates this insanity, and how expertly his performance textures into society, a love flickers, and then grows into a full flame stoked by the feeling of family. So that, tuning in becomes a cherished ritual for Auntie Adiza, who hawks rice dishes by a gutter in a Mamobi lungulungu, a Sowutuom barber who has also now become a regular caller, bank tellers at Airport City, a Spintex CEO looking over 1st quarter numbers…

Gradually, that young gentleman behind the console, disseminating bubbly vibes in spite of his own private tribulations, becomes various things to various people –but in the end, we all concede that he’s a real-life superhero.

Born Nathan Kwabena Anokye- Adisi, Ghanaian broadcaster Bola Ray turns 40 today, March 1st. Also, he marks 20 years since his days on Legon-based Radio Univers. It’s a big deal, because he’s something like a phenomenon at this point. The industry is gearing up accordingly: a series of events (including a marathon of revelries) has been lined up in honour of the day, or more appropriately, the season, and gestures of gratitude and goodwill will overflow, for a legend treads amongst us.

It is to be expected: his mark on Ghanaian radio and showbiz has been both permeating and undeniable. This next sentence too, is no exaggeration, even if it sounds fantastic: a vast majority of those who constitute the emerging generation of on-air influencers in the country have been products of specific engineering on his part. If they’re based in Accra (which EIB effectively governs), then they were most likely led, by hand, to their current path.

Bola Ray turning 40 is also iconic because of the stories he represents – consciously, steadily, he has redefined the possibilities available to people who choose a career in radio. Suddenly, being a deejay is not a “second-class vocation”, because you can ultimately aspire to his feats. Hitherto, the journey of the Ghanaian broadcaster was linear, and ended up one way: walking off into the sunset, gratified to land a modest government appointment in retirement, or in the knowledge of being simply referred to as “veteran”. Occasionally, he might resurface to receive a long-overdue plaque, or to reminisce “the good old days”, or lament falling standards.

Well, until Bola Ray. Finally, and in our time, we have witnessed an “ordinary” presenter climb up the levels to become an actual media mogul, elevating many young talents into positions of power while at it. Guess what, they’re all shining, and are confirmation of his abilities as leader.

His story has entirely been about proving that it can be done. Every step of his journey, he has faced considerable doubt: when as a 19-year old, he asked for a chance to be on Radio Univers, or when he first got to Joy FM, or ventured into TV with Music Music, or began Ghana Meets Naija Concert, or dreamt up Empire Entertainment, or EIB Network.

For young men across the country, it is certainly an instructive message of drive and resilience that cannot be drummed home enough.

“It means people are watching, people are listening to you, and people are being inspired by what you do”.
Also key to his legacy at 40, is his genius on radio. You see, he has spent half of his time on earth filling our late-afternoons with cheerful colours: his infectious personality, thoughtful playlists, and (of course) the charming density of his voice, have assisted work time and allayed the stress associated with Accra traffic for a whole era – the brightest period being his 11 years with Joy 99.7 FM (it makes him the longest to have ever served in that role there). Bola Ray has taken on a hundred other roles aside Drive Time on Joy: Top City Jam on neighbouring Top Radio, TV3’s Music Music between 2001 and 2009, Top of the Pops for the BBC, personality-based Paradise, Revealed, Personality Profile, Autograph, and Starr Chat. Still, it is his role as drive-belt host that abides most with us. He handed down that baton to fast-rising protégé Giovanni Caleb in August 2016, but the social impact he accrued while carrying out that duty is simply unprecedented. While he compered Drive Time on Joy, it was hands-down the most popular programme in that time slot. Same for his tenure at Top Radio.

“Average doesn’t tickle my fantasy”
“Bola” means “big” in local pidgin, and if you went to the prestigious Accra Academy like I did, you may be privy to a story, but I’m not trying to get into trouble, so we’ll stick to a rather inspirational version he submits to Nigerian journalist Familusi Babajide in an interview months ago: by Form 2, he decided that Nati Ray Jnr. (after his care-taker senior) was not original enough, hence he carved his own identity: BOLA RAY – Brilliant, Outstanding, Loving, Affable. Religious, Ambitious, Youthful.

Those are a few of the traits of his person, but also essential are such virtues as discipline, integrity, skill, loyalty, and candour. He credits the Accra Academy for imbibing him with that last value – “to be is better than to seem to be”, the school’s motto translates after all. He’s also quick to emphasise God’s role in his story: “we give God all the glory”, he would always chip in when anyone mentions his achievements.

March 1st, 1977 is easily “Word Bola Ray Day”, because really, not much else happened. Okay, the Bank of America adopted the name VISA, and down here, we tried to make sense of the SMC…but that’s it. There’s a good chance therefore, that the birth of one Kwabena Anokye – Adisi in the mining community of Obuasi in the Central Region, is the most iconic bit of history from that day. Of course, it’s a pronouncement we are only able to make in hindsight –an accurate assertion regardless.

No matter how many ways you turn it, all writing about Bola Ray winds up being an ode, because all accounts about legends end up thus.

Nevertheless, all legends are humans, rest assured –humans who chose to honour their calling to humanity…and the proof is in the discovery of quirky little details as his fear of flying, or his failure with Gadgets & More (an electricals startup which plummeted almost as soon as it was birthed), or his constant fidgeting with his smartphone, or his insufficiencies at artist management, in his opinion.

“It is important for you to live life”, Bola submits during the Familusi interview. These words, because of the everyday manner in which they’re spoken, may easily be glossed over, but conscious reflection reveals what powerful wisdom they hold.

There’s no doubt that the man enjoys life. For a long time, he has actively participated in curating some of the most memorable events on our entertainment calendar. As far as this city is concerned, he’s esteemed nightlife connoisseur. Bola Ray has proven all through his rise, that it is possible to have fun with what you’re doing, something that is only possible is you’re living, actually living.

Bola Ray demonstrates all-round success everyday. Therefore, who better to instruct us on the concept of accomplishment than the man himself? Here’s a reflective definition he offers in a 2013 edition of Exclusive Men’s Magazine: 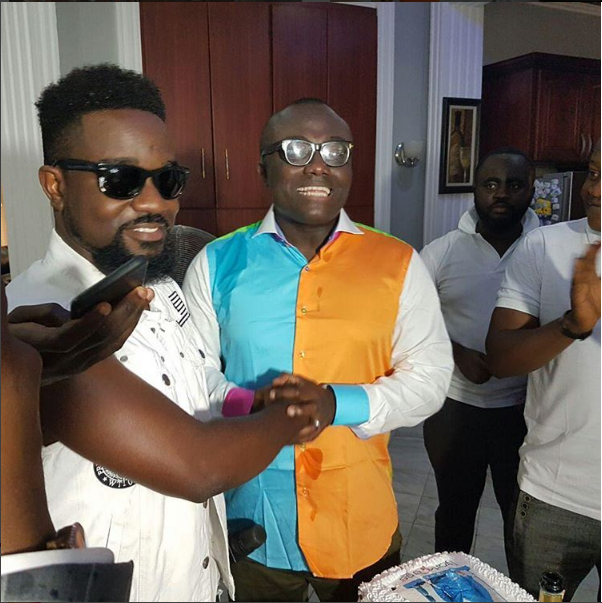 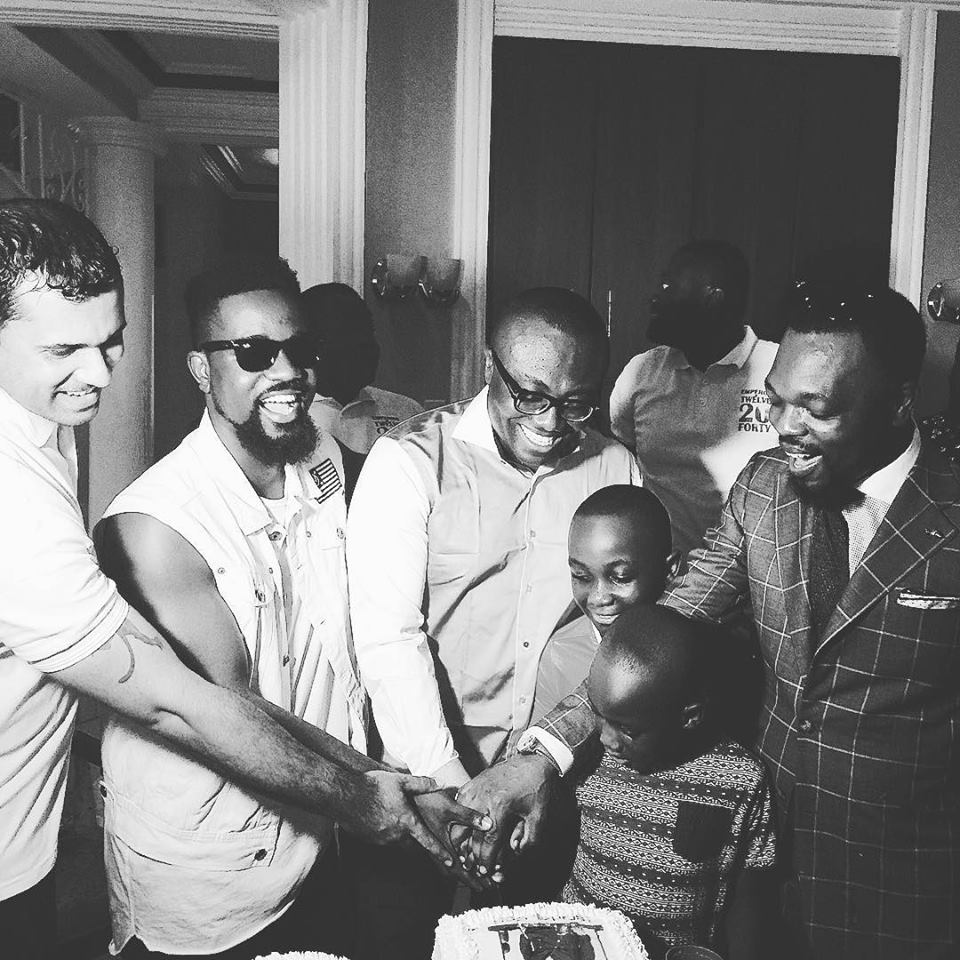