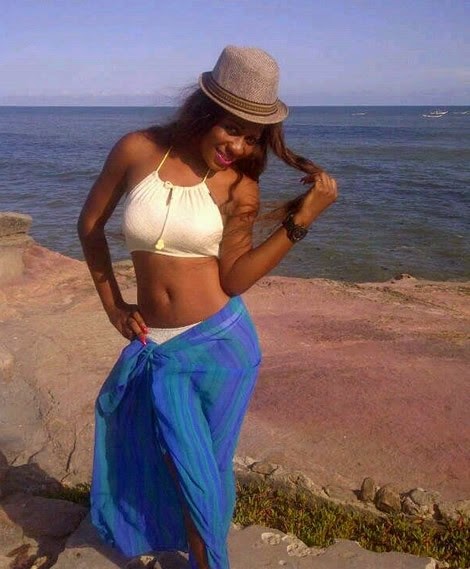 Alberta Tetteh was on Peace FM News at 6pm to grant an interview yesterday Wednesday September 11, 2014.

Alberta decided to open up in a live studio interview during Peace FM’s primetime news after family of her missing friend Janet Bandu called for her arrest on Tuesday on Neat FM’s “Entertainment Ghana” hosted by Kwasi Aboagye.

Alberta confirmed she was Janet’s friend and admitted that she invited Janet Bandu to Ada and not Catsro or Asamoah Gyan as some people have alleged among other serious revelations.
After her interview, several people have being asking to see the photo of this Alberta.

So Peacefmonline.com brings you Alberta Tetteh reported to be a friend of Janet Bandu and the key person who invited Janet to Ada where she met her untimely death or disappeared with Hiplife musician-Castro.

Alberta claims Castro and Asamoah Gyan didn’t know Janet and that the first time they met her (Janet) was in Ada.
Alberta also revealed that she went to Ada because she was invited by Asamoah Gyan’s manager Samuel Anim Addo who she claims is her friend.