Home / Entertainment / Pics: Moment Django Unchained actress was handcuffed for kissing her white husband because police assumed she was a prostitute
Let people Know about this
114
SHARES
FacebookTwitterSubscribe 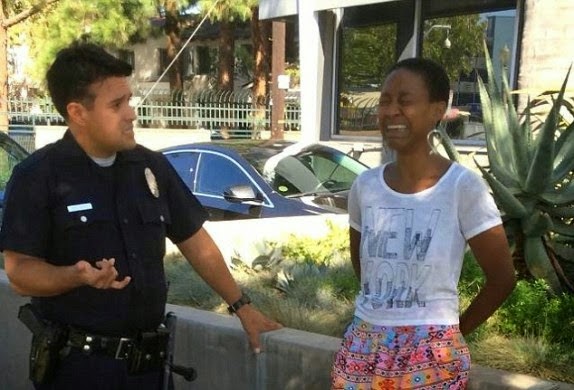 This is the moment Django Unchained actress, Daniele Watts was handcuffed by police officers after she was seen kissing her white husband because the police men assumed she was a prostitute.
Daniele, who took to Facebook to share her ordeal, said she was with her husband Brian James on a busy street in Hollywood on September 2nd and a few minutes after the couple kissed, policemen (who had been called by unknown persons) approached them and asked to see their ID cards. Daniele refused and that was when her ordeal started. Continue… 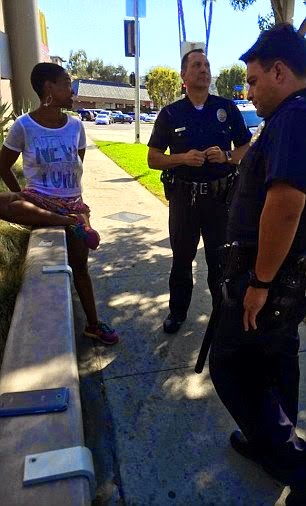 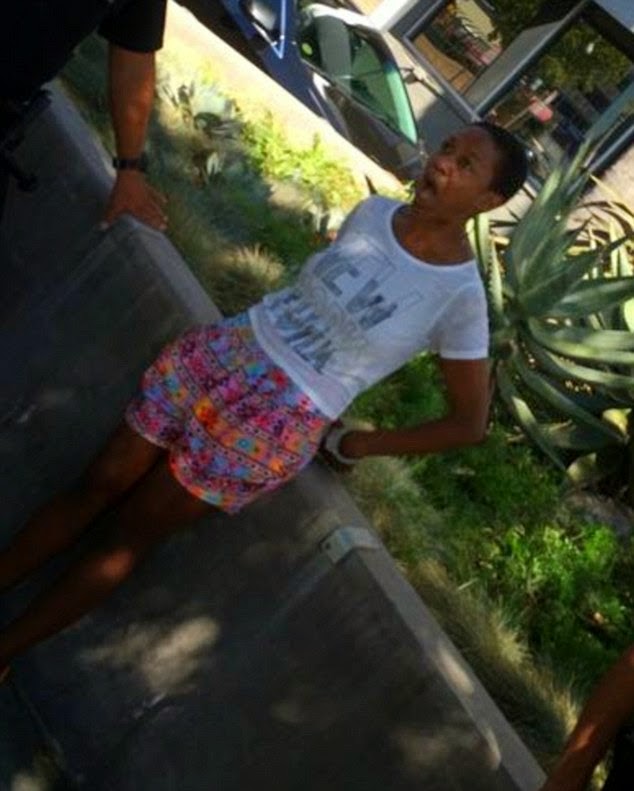 ‘Today I was handcuffed and detained by 2 police officers from the Studio City Police Department after refusing to agree that I had done something wrong by showing affection, fully clothed, in a public place.’

‘When the officer arrived, I was standing on the sidewalk by a tree. I was talking to my father on my cell phone. I knew that I had done nothing wrong, that I wasn’t harming anyone, so I walked away.

‘A few minutes later, I was still talking to my dad when two different police officers accosted me and forced me into handcuffs.

‘As I was sitting in the back of the police car, I remembered the countless times my father came home frustrated or humiliated by the cops when he had done nothing wrong. I allowed myself to be honest about my anger, frustration, and rage as tears flowed from my eyes.

‘The tears I cry for a country that calls itself ‘the land of the free and the home of the brave’ and yet detains people for claiming that very right.

Her husband Brian also posted the incident on his Facebook page. He wrote

“From the questions that he asked me as D was already on her phone with her dad, I could tell that whoever called on us (including the officers), saw a tatted RAWKer white boy and a hot bootie shorted black girl and thought we were a H* (prostitute) & a TRICK (client).

‘What an assumption to make! Because of my past experience with the law, I gave him my ID knowing we did nothing wrong and when they asked D for hers, she refused to give it because they had no right to do so.

‘So they handcuffed her and threw her roughly into the back of the cop car until they could figure out who she was. In the process of handcuffing her, they cut her wrist, which was truly NOT COOL!!!’