Home / Entertainment / Sarkodie AGAIN!!!!…Mahama Would Never Say That; He’s Not On That Level
Let people Know about this
66
SHARES
FacebookTwitterSubscribe 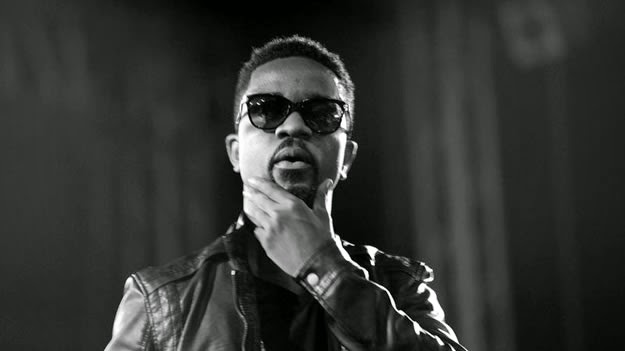 Ghanaian music icon, Sarkodie has broken his silence on the alleged response from the Presidency regarding his new track titled “Inflation.”

Following on the heels of his mix tape dubbed “Free Press” which is still making the headlines for its attack on the Ghanaian media, Sarkodie recently released another track lampooning the Mahama administration blaming the current plight of Ghanaians on the ruling party.

The song which harps on some critical national issues and other relating topics on the state of the economy, received massive applause from some opponents of the Mahama government while others rebuked the Rapperholic star for being cynical.As a result of the controversy the single was generating, a Ghanaian media blog, OMG Ghana, did a satirical piece purported to have emanated from President John Dramani Mahama as response to Sarkodie’s “Inflation”.

President Mahama was quoted to have described him (Sarkodie) as an “overrated rapper” and advised him to concentrate on his music career.

“I don’t quite understand what he wants to accomplish with his music.

“He has some good songs, but he’s at best an average musician. He should focus on music that brings unity and uplift the spirit of the good people of this country as we experience a short term economic challenge. I must say the song is very funny. He is a genius in that regard, but in the grand scheme of things, I will not consider him a good rapper or a musician at that,” the president is quoted to have said in the satirical piece.

But during his recent tour of London after releasing the fiery political song, in a quick riposte; Sarkodie has hit back at President Mahama’s alleged remarks about what he says is his creativity.

According to him, no person can accost the President with queries about him (Sarkodie) because in his conviction; President Mahama is not “on that level” with Ghanaians.

He further added that his song was motivated by the fact that the Government of the day is making little effort to curb the woeful economic situation facing Ghanaians.

And being “the best person to talk for Ghanaians”, he therefore sought to bring the President back on the right track.

Sarkodie narrated the rationale for performing that song, saying music is the only channel he could use to emit his emotions.

“When I was young…I was not trying to do music for money or anything. That’s my only therapy cos (because) I’m not a talkative. I’m very quiet and I don’t know if it’s negative but I don’t socialize a lot. So, that’s my only therapy; for me to talk to the world. So, things that I might not be able to tell you directly to your face, I’d do it through music…”

“That’s not a true story. That was made up by the media men. Mahama wouldn’t say that. You can’t even ask him those questions…he’s not on that level. You cannot ask him a question about Sarkodie as at now,” the “Illuminati” crooner said.

Further addressing the issue in an interview with Mamme Sike Danso via youtube, Sarkodie bemoaned the steep depreciation of Ghana’s currency as compared to other foreign currencies, particularly the US Dollar and other challenges confronting the economy.

“…If you’re in Ghana, you get to understand what I’m talking about because it’s really hard in Ghana now. Even from the big companies, even how to get funding from them; so, if the companies are suffering, just a layman walking on the streets of Accra.

“So, it’s really hard. Me as an artiste, it affects me in a way because now the dollar rate, if I have to change; now I have to shoot the video in London. And I have to change 5000 cedis to dollars; you change almost like 20,000 or something which is a big risk. So, it actually pushed me to do the music because I will be the best person to talk for Ghanaians,” he stressed.