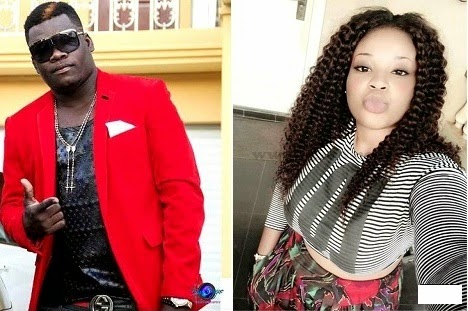 The Marine Police Department of the Ghana Police Service (GPS) has assured members of the public and the families of Ghanaian musician Theophilus Tagoe, also known as Castro, and Janet Bandu, Castro’s friend, that it has not abandoned the search for the two at the Volta Estuary at Ada.
The jet ski allegedly used by the musician and his friend has been impounded by the Ada District Police Command, pending forensic examination by marine engineers.
Full-scale investigations
The department has also launched a full-scale investigations into the circumstances surrounding the suspected drowning of Ghanaian musician and his lady friend.
Two bodies washed ashore, one at Anyanui in the Volta Region and the recent one at the Sakumono Beach in Tema, have also been handed over to police forensic experts for further examination.
Everything possible
According to the Director General in charge of Research, Planning and ICT, with oversight responsibility for the Marine Police, Commissioner of Police (COP) Mr David Asante-Apeatu, who disclosed this to the Daily Graphic in Accra, said the police were doing everything possible to bring closure to the case.
He said the Marine Police Department would continue with their patrols at the Volta Estuary, with the view to finding the victims, dead or alive, as soon as practicable.
Possible areas
COP Asante-Apeatu asserted that the department was also trying to locate possible areas within the river and the sea where it suspected the bodies of the victims (if dead) might be found and then engage the services of the Ghana Navy to assist with divers to retrieve the bodies.
He said the Marine Police would continue to count on the support of the local community along the coast to provide them with credible information on the incident.
Water patrol points
The commissioner said the Volta River was part of the water patrol points in the operations of the Marine Police and they would, therefore urge the unit to intensify their operations during the Asafotufiami Festival today (Saturday) to ensure an incident-free event.
Search mission
Giving a background to the mission to search for the two, COP Asante-Apeatu indicated that about 2 p.m. on July 6, 2014, the Marine Police Unit in Tema received information on an alleged drowning incident involving Castro and his lady friend at the Volta Estuary at Ada Foah.
He said the Marine Police Department immediately deployed personnel in charge of marine patrol boats to engage in the search-and-rescue mission for the two persons involved in the accident but, unfortunately, only the jet ski which was allegedly used by the two was recovered near a wrecked vessel at the estuary.
Collaboration
The department collaborated with the Ghana Navy and the Ghana Air Force to engage in an extensive search across the breadth of the estuary using speedboats and helicopters . The department also deployed all its rescue apparatus, such as buoyancy aids, which included life-saving jackets, buoy, and diving equipment, for the search mission.
The Marine Police Unit also deployed some personnel to patrol the shoreline from Ada Foah to the estuary to assist in the search mission.
Wireless message
The Tema Regional Police Command also sent out wireless messages to all police districts along the coast of the Greater Accra and the Volta regions to be on the lookout for the victims.
The Marine Police Department further met with local canoe operators along those coastal areas, informed them of the incident and requested them to assist the search team in the operations.
Police investigations
Police investigations revealed that about 11.30 a.m. on July 6, 2014, Castro went to the management of Aqua Safari, a popular resort, and rented a jet ski for a ride time of 30 minutes.
The management provided him with a type C buoyancy suit [life jacket], a device intended to be worn by a person in a racing cockpit where the wearer is restrained in the cockpit and other supplemental life support systems requiring life jacketaccommodation are present.
He then left to pick a lady by name Janet Bandu at the Peace Holiday Resort, also located at the shoreline of Big Ada. The two then took a ride towards the Charley Korpe Beach.
The management of Aqua Safari decided to track the movement of the vessel at 12.30 p.m., as the vessel and its occupants were not returning. It was then that they gathered from the tracker that the jet ski was no longer underway and was lying somewhere near the estuary.
The Ada Estuary
The Ada estuary is located at a place called Azizanya at Ada Foah, a town lying on the Atlantic Ocean Coast, east of Accra, on the estuary of the River Volta.
There are about 25 beach resorts sited along the shoreline of the Volta River.
An estuary is a body of water formed when freshwater from rivers and streams flow into the ocean, mixing with seawater. Estuaries and the land surrounding them are places of the transition from land to sea and from freshwater to saltwater.
Although influenced by the tides, estuaries are protected from the full force of ocean waves, winds and storms by reefs, barrier islands or fingers of land, mud or sand that surround them.
At Azizanya, when one stands at the estuary, the place where the waters of the sea and the river join, one can see the great force of this element, the different coloured waters fighting against each other, creating giant waves in the process.
It is of interest to know that the estuary was recently dredged by the Volta River Authority (VRA) to allow continuous transition of the both the river and the sea.
Source: Daily Graphic