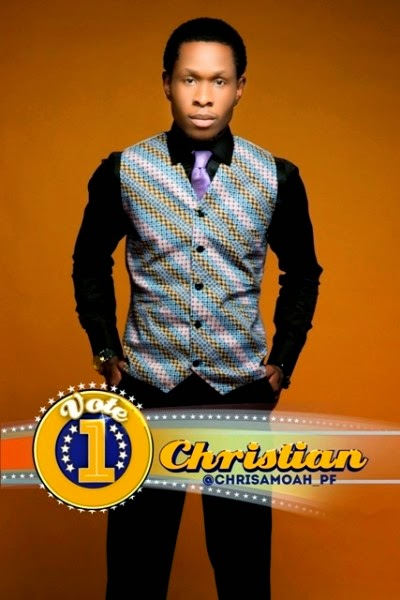 Our Ghanaian finalists wowed the judges at this year’s project fame auditions and are tipped to make it to the finals of the competition. They go by the names Christian K. Amoah (Krissy O) who went went for the auditions year after year but could not make the cut,but looks like he really took it to another level with this year’s auditions.
He  first gained public attention on the fourth season of TV3’s singing competition, ‘Mentor’ in 2008,  and also won second position on the 2012 edition of Vodafone Icons (Mixed Edition), with his group, Vybz.  Also representing Ghana this season are Clement Akuoko and Rauhel Halidu Yakubu (Laami). This is the highest representation of Ghana in the ‘Top 16 finalists’ in the 7 season history of Project FameWest Africa. Also interesting to note is the absence of any contestant from Sierra Leone and Liberia in the cut this year.
Bolanle Olukanni will co-host the show with actor Joseph Benjamin. The 16 finalists are from Nigeria and Ghana.