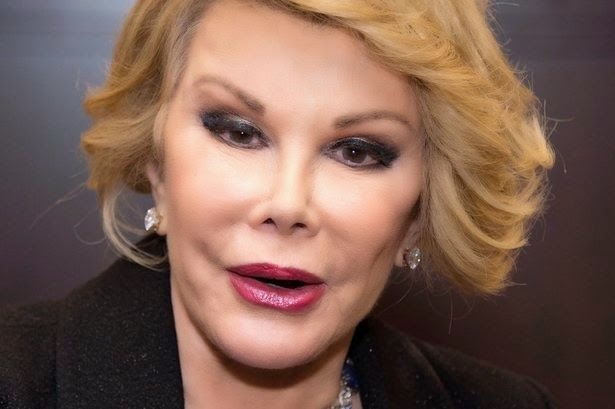 Joan Rivers is gone. Her daughter Melissa Rivers just released a statement on her passing…

“It is with great sadness that I announce the death of my mother, Joan Rivers. She passed peacefully at 1:17 PM surrounded by family and close friends. My son and I would like to thank the doctors, nurses and staff of Mount Sinai hospital for the amazing care they provided for my mother.”

“Cooper and I have found ourselves humbled by the outpouring of love, support and prayers we have received from around the world.They have been heard and appreciated.”

“My mother’s greatest joy in life was to make people laugh. Although that is difficult to do right now, I know her final wish would be that we return to laughing soon.”

I am so sad! May her soul rest in peace..amen.

Below is Joan River’s funeral requests written in her 2012 book, I Hate Everyone…Starting With Me. Meanwhile it’s been revealed that her funeral will take place on Sunday September 7th at the Temple Emanu-El in New York. See some more memorable quotes from the book after the cut… 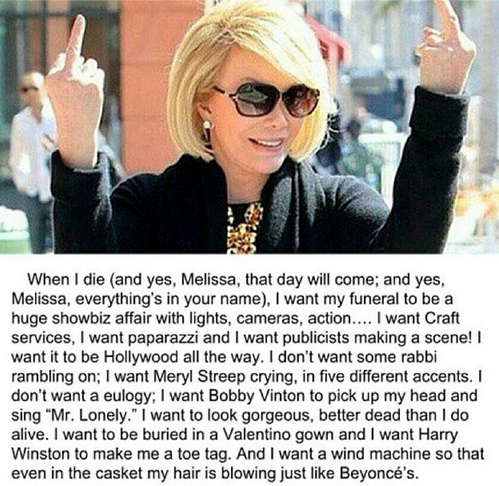