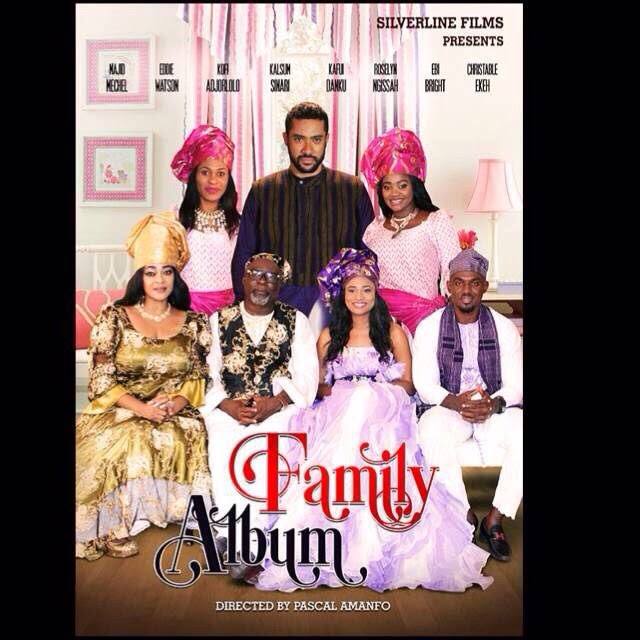 Silverline productions has produced countless number of award winning movies but according to reports and what I observed on the set during the shoot,the storyline,cast and every other thing else involved, none of their previous movies can be compared to their upcoming movie ‘Family Album’ which is set to be premiered next month on the 7th of November at Silverbird Cinema Accra mall and on the 8th of November at Silverbird, Weija.
The movie features award winning actor, Majid Michel, Christabel Ekeh, Kofi Adjorlor, Eddie Watson, Kafui Danku, Ebi Bright, Salma Mumin, Kalsume Senare, Roselyn Ngizzah and lots more.
Labelled as a star-Stubbed Movie, A record crowd is being anticipated especially with the caliber of stars in the movie and the History of Silverline films who are known to break records in many ways whenever they release their movies.
The captivating  movie was directed by Pascal Amanfo and is full of thrills, action, suspense and more, Trailer will follow shortly.