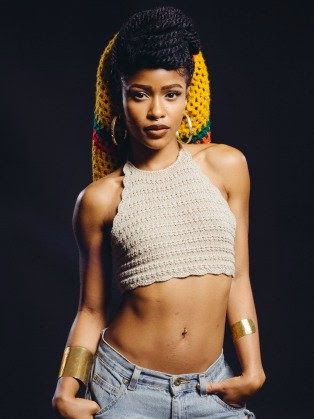 Simone Battle, a contestant on The X Factor’s first season and member of the girl group G.R.L., died Sept. 5, the Los Angeles County Coroner’s Office confirmed.’X Factor’ U.K. Season Debut Ratings Rise
Battle, 25, died in West Hollywood, coroner’s office lieutenant David Smith said.
G.R.L.’s management company Reign Deer Entertainment, Antin, Kemosabe Records and RCA released the following statement to THR: “We are deeply saddened by the tragic news of the loss of Simone Battle of G.R.L. Simone was an exceptional young talent and human being, and we are all devastated to learn of her passing. Our thoughts and prayers are with her family and loved ones at this time.”
Battle competed on Fox singing show The X Factor in 2011, auditioning for the judges with the Pussycat Dolls song “When I Grow Up.” She was mentored by Simon Cowell and was eliminated from the show in the first week.
In 2013, Battle joined the girl group G.R.L., a revamped version of the Pussycat Dolls. She had released several singles of her own.
Battle was also an actress, having appeared in episodes of Everybody Hates Chris and Zoey 101.
source: the Hollywood reporter