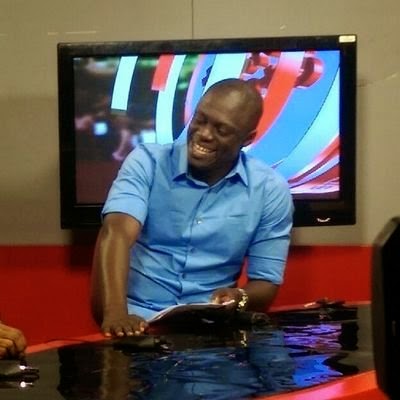 Social media network, twitter is gradually becoming a no-nonsense arena for its users as they keep fighting public figures. Weeks ago, radio and TV presenter Jon Germain was trending on twitter for a tweet he directed to a fan who disgraced him.

Jon Germain is not the only public figure who will reply a fan who uses abusive words on him but TV3′s sports presenter, Michael Oti Adjei is also one of the I-will-insult-you-if-you-offend-me celebrities.

Early Monday morning, Michael Oti Adjei became the subject matter on twitter for insulting his followers who made their opinion known to him. From the sport presenter’s own words, he replied “Yeah they did. With your girlfriend” when a fan said “u re always backing de gfa,y elvis and nyantakyi settle u?”. Not only did it end there, Oti Adjei added that “They did with your mum too. Kwasia”.

This insult sparked controversies which resulted in more insults from him and his followers. Read some of the tweets below. 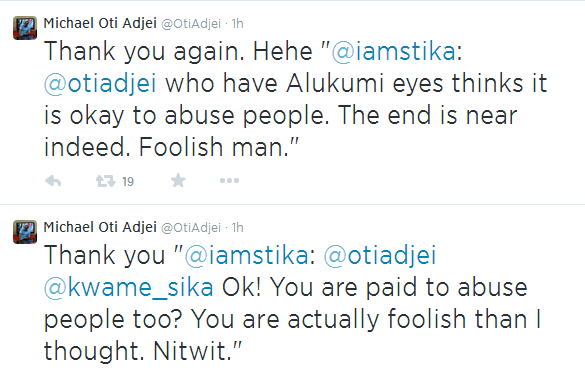 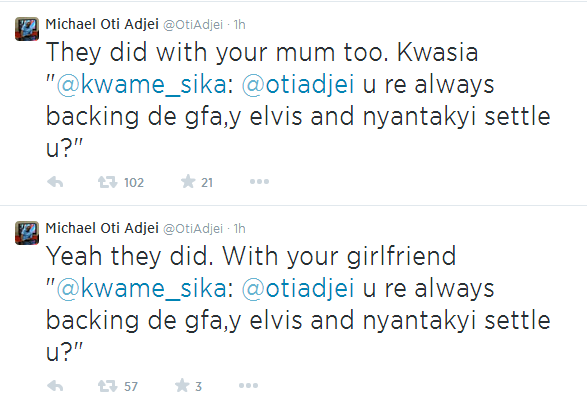